In a complex decision yesterday, the Supreme Court struck down in part and upheld in part the Environmental Protection Agency’s attempt to regulate large emitters of carbon dioxide and other greenhouse gases (GHGs) [McClatchy/Federalist Society]. A key portion of the holding, writes Jonathan Adler at Volokh, is the finding that the EPA

is not permitted to rewrite the applicable statutory emission thresholds. The latter conclusion, in particular, is an important reaffirmation that agencies are not allowed to rewrite the statutes that they administer. But today’s decision was not a total loss for the EPA, however, as the Court also concluded that it was reasonable for the EPA to interpret the Act to allow for the regulation of GHG [greenhouse gas] emissions from sources already subject to regulation under the PSD and Title V [large stationary source] program. What this means is that large stationary sources (think big power plants and industrial boilers) that are already regulated as major stationary sources under these programs will have to control GHG emissions when they control other emissions. But sources that only emit large amounts of GHGs will not become subject to EPA’s regulatory authority under these provisions.

From my colleague Andrew Grossman at Cato:

At issue was one of the Obama Administration’s earliest efforts to skirt Congress and achieve its major policy goals unilaterally through aggressive executive action…. 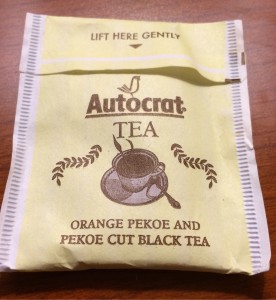 The Court, in a lead opinion by Justice Scalia, called it “patently unreasonable—not to say outrageous.” EPA, it held, must abide by the statute: “An agency has no power to ‘tailor’ legislation to bureaucratic policy goals by rewriting unambiguous statutory terms.” And if such tailoring is required to avoid a plainly “absurd result” at odds with congressional intentions, then obviously there is obviously something wrong with the agency’s interpretation of the statute. To hold otherwise, the Court recognized, “would deal a severe blow to the Constitution’s separation of powers” by allowing the executive to revise Congress’s handiwork. …

The Court’s decision may be a prelude of more to come. Since the Obama Administration issued its first round of greenhouse gas regulations, it has become even more aggressive in wielding executive power so as to circumvent the need to work with Congress on legislation. That includes recent actions on such issues as immigration, welfare reform, and drug enforcement.

Four liberal justices dissented, while Justices Alito and Thomas argued that the Scalia-led plurality were too accommodating of the EPA’s assertion of power.

If a thin-skinned academic sues a magazine for criticizing him too harshly, and you find yourself hoping the magazine will get sued into bankruptcy because you disagree with its views, you might not want to claim for yourself the honorable word liberal [Damon Linker/The Week, Stephen Carter/Bloomberg, Eugene Volokh on role of libel insurance, earlier here, here, etc.]