Relief pitcher Bolsinger, “who pitched for the Toronto Blue Jays, is now suing the Astros claiming their sign-stealing scheme is the reason his career was cut short after an August 2017 game in which he gave up four runs against the Astros.” [Amir Vera and Jill Martin, CNN, earlier on Astros scandal]

Junior varsity baseball player in New Jersey “suffered a brutal ankle injury on a slide, and his family sued the coach who told him to do it.” The seven-year legal battle that resulted “threatened to change youth sports forever.” [Steve Politi, NJ.com via Peter Bonilla] 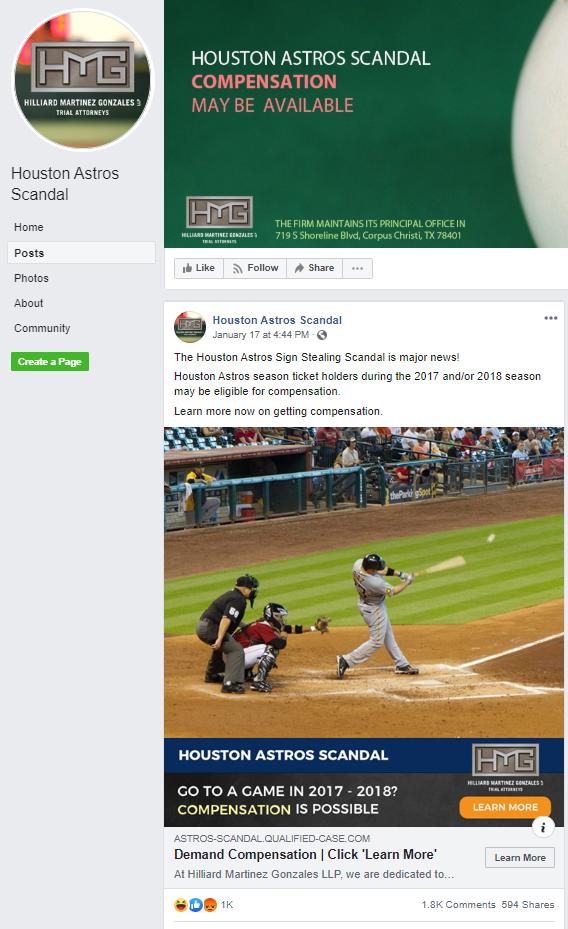 At some point “baseball will succumb to demands for more netting whether or not it’s what teams or most fans want. If they don’t, cities like New York will undoubtedly compel them.” [Jonathan S. Tobin, The Federalist]

Filed under: assumption of risk, baseball

“After more than a decade of wasted tax dollars in the name of ‘justice’ the government has officially dropped its case against the embattled slugger. [Last week] the federal government informed the Ninth Circuit Court of Appeals that it would not ask the U.S. Supreme Court to overturn a ruling that reversed Bonds’ obstruction of justice conviction.” [The Legal Blitz/Above the Law RedLine; earlier on Barry Bonds]

Filed under: baseball, Department of Justice

A California resident has “cited the estimated 1,750 fans a year who are struck by balls, mostly fouls, in a [new federal] lawsuit [against the commissioner of Major League Baseball] seeking to force major league stadiums throughout the U.S. to erect safety nets from ‘foul pole to foul pole.'” [Bloomberg]

Filed under: assumption of risk, baseball