Fossil fuel executives should be criminally prosecuted for the destruction they have knowingly caused. #GreenNewDeal

Vermont senator and presidential Bernie Sanders cites no criminal law that the executives violated, but he wouldn’t be the first champion of collectivism for whom the conviction was settled on first and the law found afterward. More: William Allison, Energy in Depth (in which I take issue with retroactive application of criminal law, and notions of “conspiracy” that do not make clear which underlying laws were involved).

Complying with wage and hour law these days is no easy matter, whether you’re Sen. Bernie Sanders or running a California offshore oil platform. I explain why in my new Cato post on Parker Drilling v. Newton, decided by the Supreme Court last month. More on Sen. Sanders’s travails here and here, from my Cato colleague Ryan Bourne.

Two politicians with whom I regularly disagree have proposed a national cap on credit card interest of 15% a year. Because they are well known figures, the proposal is likely to get some attention.

Per one reporter, the current median card interest rate of 21.36% breaks down to 17.73% for high credit scores and 24.99% for people with low credit scores. Who do you think will be denied credit altogether under a 15% cap? Are they better off with an option of 24.99% credit, or with no option of credit at all?

Since the idea of interest caps is anything but new, economists have had a long time to study this issue, as I noted in this earlier post. One recent study looked at Arkansas, a state with a throwback constitutional provision capping allowable interest rates at 17 percent. The effect is to keep some otherwise common financial products from being offered in the state, as a result of which many Arkansans “drive to neighboring states to take out small-dollar installment loans.”

Why think that the government can set price ceilings well below market clearing levels without causing shortages of the affected good or service? More fundamentally, why should the government stand between two parties in a willing transaction? More: Steve Horwitz.

P.S. Did someone bring up postal banking?

“Read this section carefully. It requires you to waive your right to a jury trial and arbitrate certain disputes and claims and prohibits class and representative actions or arbitrations.” — from the “Bernie App.” (illustration via @NC_CyberLaw on Twitter).

That’s right. The campaign-ready “Bernie app” released this week requires its users to agree to submit to arbitration in case of dispute, in place of lawsuits and especially class actions. As Ted Frank observes, “Even Bernie Sanders recognizes the importance and value of arbitration in navigating a legal system designed to benefit lawyers over the interests of consumers and businesses.”

Wouldn’t it be nice if the Vermont senator preached what he practiced? Later I bring the discussion around to the Supreme Court’s ruling last week (Lamps Plus v. Varela, earlier here and here) that courts should not read class arbitration mechanisms into arbitration agreements that are silent or ambiguous on the subject. Whole thing here.

They knew, because their own allies had told them: “As you know, deception/disinformation isn’t itself a basis for criminal prosecution under RICO.” — an official of the Union of Concerned Scientists, writing to the organizers of a campaign to enlist scientists behind a call for a RICO investigation of the fossil fuel industry for its statements about climate change. The letter added, explaining UCS’s unwillingness to back the letter, “We don’t think that Sen. [Sheldon] Whitehouse’s call gives enough of a basis for scientists to sign on to this as a solid approach at this point.” [Reason]

Despite cautions like these, calls for a RICO investigation soon caught on among the political class and an investigation launched by Democratic state attorneys general has now aimed dragnet climate subpoenas at the Competitive Enterprise Institute and, thus far less directly, at nearly 100 advocacy, free-market, and university-based groups. “These include the U.S. Chamber of Commerce Foundation, the George Mason University Law and Economics Center, the American Enterprise Institute, the National Taxpayers Union Foundation, the Cato Institute [which publishes Overlawyered], the National Black Chamber of Commerce, the Federalist Society for Law and Public Policy Studies, the Heritage Foundation, and on and on,” writes Ronald Bailey. CEI responded to the subpoena here (in a brief written by Andrew Grossman) and here, and on May 13 Cohen Milstein, the private contingency-fee law firm representing the attorney general of the Virgin Islands, responded, reserving the right to compel compliance with the subpoena, which demands the production of ten years’ worth of documents.

Presidential candidates Hillary Clinton and Bernie Sanders are among public figures who have backed calls for a racketeering investigation of fossil fuel companies’ participation in climate debates. I have found no evidence that either has expressed concern about the direction in which such investigations are headed. 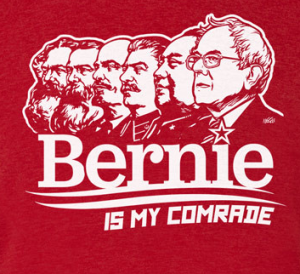 While on the topic of presidential candidates’ disturbing views on speech: Matt Welch recalls the former Secretary of State’s many campaigns against controversial videogames, ads, and entertainment, her regular support for government intrusion in communications technology and social media on a rationale of national security, and her far from wholehearted defense of speech values when an inflammatory amateur YouTube video caused riots in Muslim nations [“Hail to the Censor! Hillary Clinton’s long war on free speech,” Reason] Nor should we forget the Citizens United case, which arose from a legal effort to suppress a critical movie made about her: Mrs. Clinton imagines that “allowing more campaign-related speech has made elections less competitive” [Jacob Sullum, Reason] More/update: Matt Welch.

While we’re at it: that period of his career when Bernie Sanders bent himself in knots to rationalize government censorship of opposition voices. [Michael Moynihan, Daily Beast] Bonus: Bernie sees brighter side of breadlines!