Fossil fuel executives should be criminally prosecuted for the destruction they have knowingly caused. #GreenNewDeal

Vermont senator and presidential Bernie Sanders cites no criminal law that the executives violated, but he wouldn’t be the first champion of collectivism for whom the conviction was settled on first and the law found afterward. More: William Allison, Energy in Depth (in which I take issue with retroactive application of criminal law, and notions of “conspiracy” that do not make clear which underlying laws were involved).

More: Cato podcast, brothers’ website, Philly.com (with an additional story of a man resisting the Delaware insurance commission after it took over his nightclub insurer). And: WSJ via John Cochrane on another FERC case.

The Bloomberg View columnist discusses the new ruling by a California state judge that companies that once made lead paint, and their successors, owe a billion dollars plus to California counties and cities over marketing of lead paint as long ago as the 1920s and earlier. I’m quoted:

As Walter Olson of the Cato Institute noted to me in an e-mail, “Many of the key business decisions being sued over took place closer to Abraham Lincoln’s time than to our own, and if the companies had gone to twenty leading lawyers of the day and asked, `could this ever lead to nuisance liability under such-and-such facts’ would have been told `of course not.'” Can you really sue a company for doing something that was well within the law? Or, as in one case, a company that bought a company that did something that was well within the law? As Olson points out, “when ConAgra bought Beatrice Foods, most business observers never even realized there was the tiny sliver of a paint company in there among the household food brands, but that one little sliver of successor liability could far exceed the then-value of all the rest.”

More from @Popehat on Twitter: “My wrongful death suit against Mongolia for Genghis Khan’s crimes against my ancestors moves forward!”

With a widely watched case filed by California local governments reaching trial, the plaintiffs’ claims are in the news. “Even with quotes cherry-picked to make paint manufacturers sound awful, however, [Mother Jones’s] case seems weak.” The columnist quotes my book The Rule of Lawyers on the enormous cumulative changes in the American liability regime, which have made it thinkable (at least to some governments and lawyers) to impose retroactive liability today for business decisions in the 1920s that were clearly lawful at the time. [Bloomberg; more on the history of lead paint use from the defense side).

Things you’re missing if you aren’t checking out my other site:

In some ways the most distinctive costs of the Consumer Product Safety Improvement Act are the human-scale kind that are hard to measure — the handicrafters’ livelihoods blasted, the families unable to find sturdy winter clothes at the Goodwill, the kids who can’t get their dirtbikes serviced, the threats to vintage children’s books and to small-run items for special-needs kids. 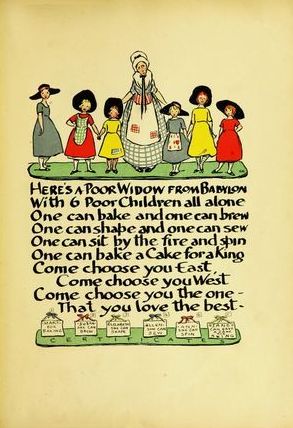 But there are also a number of measurable, tangible economic costs that might capture lawmakers’ attention, and which affect larger, more sophisticated actors as well as the small producers, dealers and families that have found it so difficult to make their voice heard in Washington.

As anyone reading Walter Olson’s posts and Forbes coverage knows, CPSIA is a bad law, with disastrous effects on retailers and small manufacturers.

It certainly seems unfair that Congress can wipe out thousands of businesses with the stroke of pen. It’s certainly bad public policy: as I have written elsewhere, when legislatures act to retroactively disrupt settled expectations, the effects redound far beyond the targeted industries to create uncertainty throughout the economy.

It’s a jump, however, from “bad public policy” to “unconstitutional,” and I am concerned that I see many lay blogs asserting otherwise. Starting in the 1930s, the Supreme Court has given free rein to Congress and legislatures to engage in economic regulation, even when that regulation has dramatic effects on individuals. In cases such as Tahoe-Sierra Preservation Council, Inc. v. Tahoe Regional Planning Agency, 535 U.S. 202 (2002), and Keystone Bituminous Coal Assn. v. DeBenedictis, 480 U.S. 470 (1987), the Supreme Court signed off on the constitutionality of far-reaching regulations, despite the large economic effect on property owners affected by the laws. While conservative justices and scholars have argued that such “regulatory takings” without compensation violate the Fifth Amendment, their respect for the rule of law and the actual text of the Constitution are pooh-poohed by Democrats as following an esoteric (and fictional) “Constitution in Exile” movement. There are, at most, four justices on today’s Supreme Court that would recognize the doctrine of regulatory takings; that number is not going to grow under President Obama (who has explicitly disclaimed any need to appoint judges who merely “follow the law”) and a Democratic Senate.

There exist public-interest law firms like the Institute for Justice that engage in litigation over economic constitutional rights–and, while they take donations, they do so without charging their clients money. I think litigation would be fruitless with the makeup of the current judiciary, but I acknowledge that IJ does do a good job of putting forward its principles, and often leveraging its litigation into political success.

But it concerns me even more to see a website recruiting victims of CPSIA to send money to a lawyer to bring a lawsuit. The attorney, involved, Michael Kushner, is a run-of-the-mill plaintiffs’ attorney without any demonstrated expertise in Fifth Amendment law, but has offered to take the case for a $25,000 retainer–which is certainly not enough to fully litigate this to the Supreme Court. There is questionable ethics, if not outright fraud, in asking parties to what is most appropriately filed as a Rule 23(b)(2) class action to “file forms” and send money to join–the whole point of a class action is that a representative of a class is named who will act on behalf of parties that haven’t signed up. Moreover, the Equal Access to Justice Act permits attorneys who have won constitutional litigation when the government’s position was not “substantially justified” to collect attorney’s fees. And note that at no point in Kushner’s website or the related blog recruiting members does he spell out a theory of legal victory.

Sending money to a lawyer to litigate the CPSIA is throwing good money after bad. That a law is unsound does not make it unconstitutional and vice versa. The road to solving the problem of the CPSIA is through Congress, either by making Democratic legislators see common sense, or electing legislators who aren’t so willing to sign off on bills constructed by trial lawyers to benefit themselves at the expense of society at large. Spending resources on doomed litigation diverts from the pressure needed to get Congress to change its mind.


(Most links via the highly recommended one-stop shop for medical blogging, KevinMD, e.g. this post and this one on EMTALA.)