The many, many pitfalls of wage-and-hour law: “The Los Angeles City Council on Tuesday finalized a $26-million legal settlement to end a lawsuit over a ban on lunchtime naps by trash-truck drivers. … Sanitation officials had imposed the no-nap rule to avoid the bad publicity that would come if a resident, business owner or television news crew stumbled across a sleeping city employee. But lawyers for the drivers said the city, by limiting workers’ mealtime activities, had essentially robbed them of their meal breaks.” [Los Angeles Times]

“On the same day the state approved mandatory outdoor watering restrictions with the threat of $500 fines, the Southern California couple received a letter from their city threatening a $500 penalty for not watering their brown lawn.” [AP]

Filed under: California, environment, sued if you do

CALPERS, the giant California public-sector pension fund, is among the nation’s leading scolds of corporate governance. So as Ira Stoll points out, it’s kind of newsworthy that its CEO over most of the 2000s just pled guilty to taking $200,000 in bribes from a contractor, the money handed over in paper bags and a shoebox. [New York Sun]

“The California Supreme Court held [in June] that a business has no common law duty to provide automatic defibrillators in anticipation that a customer will experience heart failure while on the premises.” [TortsProf; earlier, and generally] 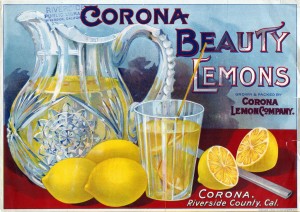 California legislature does something sensible! [L.A. Times; earlier on this regulation, widely protested by bartenders, sushi chefs and other food and drink professionals] Next headlines to come: blue moon, month of Sundays, and the unexpected freezing over of Hell.