Readers of this site will recall that as reports rolled in last year of the calamitous effects of the Consumer Product Safety Improvement Act of 2008, the Congressional leadership, and in particular key lawmaker Henry Waxman (D-Calif.) steadfastly refused to hold hearings or in general acknowledge that the law was causing systematic ill effects of any sort. As resale outlets across the nation swept harmless winter coats from their shelves or stopped dealing in kids’ goods entirely;

as librarians warned that whole collections of pre-1985 books would need to be either put through prohibitively expensive testing or simply discarded; as makers, importers and sellers of perfectly harmless apparel, school supplies, furniture, musical instruments and other children’s items puzzled over ruinously high testing costs and bans on common materials like brass; as smaller, craft-oriented producers began folding, leaving the market to be served by the largest mass-production toymakers and retailers (many of which had supported the legislation); as the kids’ motor vehicle industry, including makers and sellers of dirtbikes and mini-ATVs, found itself transformed overnight into outlaws; even as all this unfolded, Henry Waxman and his counterparts on the Senate side kept the lid clamped down tight on any Capitol Hill airing of such woes. Eventually Waxman held a hearing with exactly one (1) witness, Obama-appointed CPSC chairperson Inez Tenenbaum, who sought to put the best face on the law. (After a false start, a House small business committee lacking actual legislative jurisdiction was also allowed to hold a more varied hearing.)

In recent months, without of course admitting any error whatsoever, representatives of Waxman’s office have been quietly floating amendments intended to correct some of CPSIA’s most blatantly impractical elements. The fixes would be likely to help in some specific areas where opposition has been vocal and influential,

such as children’s books and mini-vehicles, while affording much less relief, or none at all, to many others trying to cope with the law. At the same time, Waxman’s staff has been demanding that “business” (conceived as if it were some monolithic group) gratefully sign off on the fix as acceptable and perhaps even accept new provisions that would increase CPSIA burdens. While many affected groups are understandably eager to reach a deal, others, such as persistent critic and businessman-blogger Rick Woldenberg, are reluctant to sign off on obviously partial and inadequate fixes as if were going to solve the wider problems with the law.

The fixer amendment has gone through several iterations; its current draft is here (PDF), named the Consumer Product Safety Enhancement Act of 2010, or CPSEA (more background from the committee, PDF, via ShopFloor). Now, at long last, Waxman has agreed to hold a hearing tomorrow (to be chaired by his colleague Rep. Bobby Rush, D-Ill.). The witness list includes persons from Goodwill Industries, the National Association of Manufacturers, Handmade Toy Alliance, and the Motorcycle Industry Council — all of which groups have apparently agreed to support the legislation — as well as Rick Woldenberg of Learning Resources Inc., who continues as a critic, and Steve Levy of the American Apparel and Footwear Association. Of course the difference now, and the reason some of these groups at long last will get their chance to testify, is that they have agreed to testify at least nominally on Waxman’s and Rush’s side — perhaps in some cases while biting their tongues.

We’ll be reporting more in days to come. In the mean time, this would make a good occasion for news organizations to renew their attention to the public policy disaster that CPSIA has wrought.

Why do CPSIA’s ultra-stringent regulations apply not only to items used by kids small enough to chew on toys or buttons or combs, but also to those intended for much older kids? Because of an “urban myth” developed by consumer groups, Rick Woldenberg explains.

Filed under: CPSIA, CPSIA and toys

Things you’re missing if you’re not keeping up with my other site:

The CPSC spends 52 pages doing that [document, PDF, via AmendTheCPSIA.com]

Billions in costs and who knows how many discontinued businesses and products later, the Consumer Product Safety Commission agrees it would be a good idea to do an economic impact analysis of CPSIA. [Commissioner Anne Northup]

Could the legislative results be even worse than CPSIA’s? The Handmade Toy Alliance notes that legislation in several states purports to ban all presence of the heavy metal, which is ubiquitously found in nature at small concentrations. The worst bills, they say, are pending in California, Illinois, New Jersey, and Connecticut. More: NJ.com (New Jersey bill) 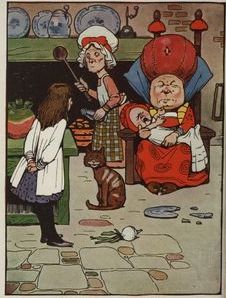 Amid increased chatter about finally getting some legislative fixes made to the horrendous CPSIA, the Democrats seem insistent that crystals and like embellishments must remain banned on children’s products, though (says Rick Woldenberg) they “have no history of causing lead poisoning.” Earlier here, here, here, etc. Related: Jennifer Taggart [belt buckle on Disney Princess pants]; Amend the CPSIA [hair bow maker left with thousands in unsalable inventory]

Filed under: CPSIA, CPSIA and apparel/needle trades, CPSIA and Congress