More/related: Virginia Postrel considers why small foodmakers and farmers were able to get a better legislative deal from Big Government than makers of small children’s items [WSJ] The Handmade Toy Alliance hopes President Obama’s announced change of course on regulation will help. Rick Woldenberg notes that if you’re a small producer and the CPSC itself doesn’t get you, retailers like Costco will as they turn the screws to ensure CPSIA-compliant supply chains. And CPSC Commissioner Anne Northup points out that the federal regulatory agency is interpreting the overlap between “general” and “child-related” safety standards in a maximally burdensome way.

Already postponed in their effect more than once, the testing rules required by the 2008 law are still impractical enough to threaten widespread business disruptions and closures. While the Consumer Product Safety

Commission has come to agree that the law does not require endlessly reduplicative testing of the same components, “the hoped-for market for ‘CPSIA tested and certified’ components has not yet developed.” CPSC needs to extend the deadline while awaiting a more workable regulatory fix or better yet Congressional reconsideration. Carter Wood explains.

More: on the brighter side, the newly constituted House Energy and Commerce committee was quick out of the gate with a public meeting on CPSIA reform [Rick Woldenberg, statement, reminder of unhelpful role of “consumer” groups] And Wacky Hermit offers a CPSIA Primer.

The Consumer Product Safety Commission has repeatedly delayed the implementation of the testing and certification rules required by the Consumer Product Safety Improvement Act of 2008, the economics of which is likely to capsize many smaller producers. Now time may be running out for further extensions after the Feb. 10 deadline. [Rick Woldenberg, AmendTheCPSIA.com] Comments from affected parties are here.

Jill Chuckas of the Handmade Toy Alliance testifies before the Senate about the Law That Stole Christmas.

A 3-2 vote at the Consumer Product Safety Commission last week ensures that the federal government will put its imprimatur behind allegations about supposed hazards in consumer products — whether true or not. I explain in a new post at Cato at Liberty. 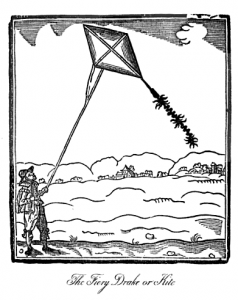 A nonprofit in suburban Chicago each year encourages its woodworker members “to craft and donate wooden Christmas toys to less fortunate children.” After donating upwards of 700 toys a year in the past, it will have to discontinue the program in future since it can’t afford the third-party testing required under the Consumer Product Safety Improvement Act, sponsored by area members of Congress Bobby Rush and Jan Schakowsky (D-Ill.). “Woodworking hobby magazines have pegged prices for third-party testing as high as $30,000 for 80 items.” Testing is particularly impractical for items made from donated/recycled wood, since each donated wood source needs to be put through separate testing. Another triumph for CPSIA! [Jenette Sturges, Sun-Times/Beacon-News]

Katherine Mangu-Ward at Reason “Hit and Run” provides two snapshots of the continuing damage being done by the Consumer Product Safety Improvement Act of 2008, including the rage-and-despair reaction of Rick Woldenberg (AmendTheCPSIA.com), who says that the new regulations “will jack up Learning Resources’ annual compliance costs to $15 million, FAR in excess of our profits. We have no Plan B — so we are trying to get a new government.” And a commenter points to the “Criticism” and (very partial) “List of Companies Whose Closure Is Linked To CPSIA” sections of the Wikipedia entry.

Related: “Not available because of the CPSIA“: wood-and-beeswax Selecta Spielzeug Rhonda dollhouse dining room, formerly imported from Germany. Why pay a whopping testing bill to clear an innocuous product that’s at best going to sell modestly on this side of the Atlantic? [EuroToyShop.com]

Filed under: CPSIA, CPSIA and toys