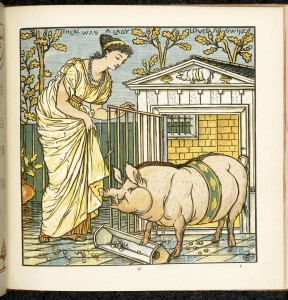 By a 3-2 party line vote, the Consumer Product Safety Commission has voted to lower already infinitesimal thresholds of lead permitted in children’s products to 100 parts per million. The main impact will not be on surface paints or other flakable/chewable hazards to the youngest users, but on “substrate” elements such as metal alloys employed in such objects as bicycle parts, school binders, and ballpoint pens, an even wider swath of which will be hard to sell or resell without breaking the law. [Bloomberg; commissioners Nord, Northup; Woldenberg, more and yet more]

Around the country today, CPSC regulations are forcing retailers to throw out new, unused baby cribs — estimates of the number range higher than 100,000 — that the federal government itself considers safe enough to be used in day cares. I explain the latest Nanny State snafu in a new post at Cato at Liberty.

Reform efforts are finally afoot in the House of Representatives, at least two years after they should have started, but a three-member majority of the CPSC (two Obama appointees and a holdover) is defending the law on many though not all of its worst points. [Bloomberg, HuffPo] “This is by far the best bill we’ve seen to date,” declares the Handmade Toy Alliance. Tireless CPSIA critic Rick Woldenberg testified with other witnesses at a House Commerce hearing and contributes an op-ed to The Hill about the law’s irrationality. More coverage: Carter Wood/ShopFloor, Sean Wajert. And a memo by committee staff discussing some of the key issues is here (PDF).

And one of the reasons for the title’s closure after 35 years might be surprising, at least to non-readers of this site. [Handmade Toy Alliance]

The New York Times editorial page continues to dismiss criticism of the testing burdens of the Consumer Product Safety Improvement Act of 2008 on small manufacturers and retailers as “part of a standard antiregulation litany.” But on October 30, 2009 the paper itself ran a sadly belated but otherwise decently executed article

by reporter Leslie Wayne from which a fair-minded reader would conclude that the small makers’ complaints about the law are only too well-grounded (“Burden of Safety Law Imperils Small Toymakers.”)

If one were to take a charitable view, one might commend the Times editorialists for at last deigning to concede that the law might usefully be “tweaked,” at least within a very narrow latitude. They finally acknowledge that there “might be a way to exempt products from testing if they very clearly do not pose a lead-related hazard,” without acknowledging that the great majority of products swept under the law’s coverage fall into exactly such a category. But they continue to insist that even older kids be denied access to products that could not pass

CPSIA’s lead testing, including whole categories of products like kids’ bicycles and ballpoint pens whose designs still cannot dispense with the (entirely harmless) use of brass and suchlike alloys. Only the repeated staying or postponed enforcement of many of the law’s requirements has spared the country a long list of similar absurdities — while the legal absurdities that the CPSC has not stayed or postponed have already wiped out makers and vendors of harmless products from coast to coast.

Even under the best of circumstances, the Times’s editorialists would find it hard to live down their cruel, ideologically blinkered track record on the CPSIA issue. But couldn’t they at least pretend to be following the coverage in their own paper? More: Handmade Toy Alliance. And Rick Woldenberg offers a critique of the the Times’s new, and anything but improved, news-side reporting.