We mentioned Philip K. Howard’s new book “The Rule of Nobody” the other day. Here’s another excerpt (which also appeared in the Wall Street Journal’s “Notable and Quotable”:

The 2009 economic stimulus package promoted by President Obama included $5 billion to weatherize some 607,000 homes—with the goals of both spurring the economy and increasing energy efficiency. But the project was required to comply with a statute called the Davis-Bacon Act (signed into law by President Hoover in 1931), which provides that construction projects with federal funding must pay workers the “prevailing wage”—basically a union perk that costs taxpayers about 20 percent more than actual labor rates. This requirement comes with a mass of red tape; bureaucrats in the Labor Department must set wages, as a matter of law, for each category of construction worker in each of three thou- sand counties in America. There was no schedule for “weatherproofers.” So the Labor Department began a slow trudge of determining how much weatherproofers should be paid in Merced County, California; Monmouth County, New Jersey; and several thousand other counties. The stimulus plan had projected that California would weatherproof twenty-five hundred homes per month. At the end of 2009, the actual total was twelve.

Filed under: Crisis of 2008, labor unions 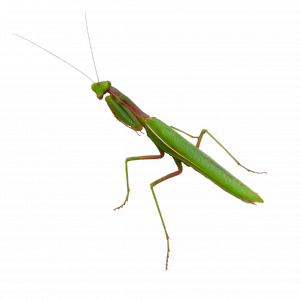 Kevin Funnell, on “The Long-Range Consequences Of Adopting The Mating Habits Of A Praying Mantis,” quotes Matthew L. Brown in Boston Business Journal on the consequences of slamming the institution that agreed to help rescue WaMu and Bear Stearns, and is now paying for their sins: “It’ll be a long time, indeed, before a big bank answers the federal help line.” Related: Daniel Fisher, Forbes.

“A new analysis from the Brookings Institution’s Ted Gayer and Emily Parker found that the program was fairly inefficient as economic stimulus and mostly pulled forward auto sales that would have happened anyway. It also cut greenhouse-gas emissions a bit — the equivalent of taking up to 5 million cars off the road for a year — but at a steep cost. … ‘In the event of a future economic recession,’ they conclude, ‘we would not recommend repeating the [Cash for Clunkers] program.'” [Brad Plumer, Washington Post; earlier]

Filed under: autos, Crisis of 2008, environment

My new Cato post has a suggestion for Time magazine: how about prosecuting only the executives who’ve actually committed crimes? (& Kenneth Silber, RealClearPolitics “Best of the Blogs”). Related: Politico.

An accusatory film about the financial crisis glides over some inconvenient complications. [Ezra Klein, Washington Post]

Magical thinking at the FDIC [David Skeel via Bainbridge]

Filed under: Crisis of 2008, Wall Street