“The Washington state Supreme Court has ruled that a criminally insane man who murdered his mother should not profit from his crime by pocketing a share of the proceeds from a lawsuit related to her death.” [Heller, OnPoint News; Joshua Hoge, Pamela Kissinger]

Washington state jails are overcrowded, so—presumably to avoid lawsuits over overcrowding—Washington State Patrol policy is to arrest nonviolent offenders without jailing them. In the case of Bellingham resident Janine Parker, drunk driving in the early morning hours of January 4, Trooper Chad Bosman arrested her, and drove her home, telling her not to drive until she was sober. Nevertheless, Parker, an hour later, found a taxi to take her nine miles to her car left by the side of the road, and drove drunk head on into Hailey French’s auto, causing the innocent 22-year-old driver many injuries.

French sued Parker, of course, but also the Washington State Patrol and Whatcom County (the latter apparently failed to put an ignition-interlock device in her car as Parker’s probation from an earlier conviction provided). (Miraculously, she doesn’t seem to have sued the taxi company.) A Skagit County jury found the two governmental entities jointly liable for $5.5 million. According to press accounts, the two defense attorneys each tried to get the jury to blame the other deep pocket: apparently, making the suggestion the person responsible for the drunk driving was the person responsible was beyond either hope or comprehension, though a web commenter to the article claims that Parker testified that the accident was entirely her fault. (Peter Jensen, “Whatcom County woman’s suit against county, State Patrol in jury’s hands”, Bellingham Herald, Apr. 24; May 1 post-trial press release of victorious plaintiff’s attorney).

“The parents of an 8-year-old boy who died after his grandfather fired a cannon that exploded at an outdoor Fourth of July celebration in 2007 have filed a wrongful-death lawsuit against Thurston County.” [The Olympian; KOMO; earlier] 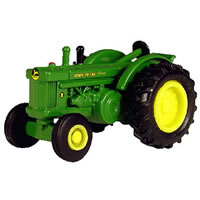 Reversing a trial court that had granted summary judgment to the defense, a court of appeals in Washington state has reinstated a suit entitled Strong v. Wright in which

the plaintiff sued her former supervisor because he told “blonde jokes” (apparently plaintiff was blonde), made fun of her house, ridiculed her husband’s job, and referred to her as a “bum mother” because she put her son in therapy. The plaintiff alleged that this treatment “caused her to vomit and to have anxiety attacks, depression, and heart palpitations.” Really. Blonde jokes=heart palpitations.

Dennis Whitlind at World of Work has more (Nov. 14)(via O’Keefe).

Just trying to dispose of all the nude cellphone pic lawsuit stories in one weekend, so that we can get back to more seemly litigation topics. (The other one was the case of the couple suing an Arkansas McDonald’s, saying the husband left his cellphone in the restaurant and the nude photos of his wife that were on it wound up on the internet.) In Bothell, Washington, parents of two cheerleaders “have sued the Northshore School District, alleging school officials erred when they suspended the girls from the team this year after nude photos of them circulated throughout the student body via text message.” Cellphone pictures of the two were separately and, it is said, accidentally circulated among fellow students; the lawsuit charges, inter alia, that the school was arbitrary to suspend the two girls while not disciplining students that had seen the pictures. (Jessica Blanchard, “Cheerleaders’ parents sue in nude photos incident”, Seattle Post-Intelligencer, Nov. 21).

Janiece Lacross, a drunk-driving defense lawyer in Washington state, has lately run into her own trouble with the law: “Last November she drove drunk with her three young children in the backseat. She hit a boy on his bike in Kitsap County, breaking his leg and sending him into the bushes. But the vehicular assault charge against her was dropped and reduced to just a DUI, which brought Mothers Against Drunk Driving to court to find out why.” Lacross entered rehab and will accept home monitoring and attend victim impact events as part of her plea in Tacoma to DUI and three counts of reckless endangerment; her repentant statements in court even made a relatively favorable impression on MADD, not the easiest thing to do. The passing bit of the story that induced a momentary double take: as part of her penitence, it is said that Lacross “even helped the young victim, Joseph Griffith, with his civil suit for personal injuries”. Against herself? (Keith Eldridge, KOMO, Oct. 1).