On Friday there was a noteworthy development on CPSIA: Reps. Henry Waxman (D-Calif.) and Bobby Rush (D-Ill.) and Sens. Mark Pryor (D-Ark.) and John D. Rockefeller IV (D-W.Va.) sent a letter to Nancy Nord, chairman of the Consumer Product Safety Commission, endorsing some softenings in the law’s regulatory interpretation, which seems to represent a modest shift (if not an admitted one) from their earlier position. At the same time, Waxman, Rush et al held the line against any demand to revise the law itself, despite the outcry being heard from small producers, retailers and secondhand sellers across the country (more: my recent Forbes piece, some reactions). 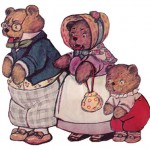 On the same day they sponsored a closed-door briefing for Hill staffers which was billed as correcting supposed misreporting and confusion about the law and its onerousness. Such briefings are common when members’ offices are being hit by a torrent of constituent inquiries and want to know how to respond.

An editor at a large publication has asked me to write something about these new developments, so I’ll be working on that piece over the next day or two. In the mean time, let me recommend as a good place to start two excellent blog posts by Rick Woldenberg of Learning Resources Inc. (first, second).

The first post responds to the apparent new strategy of Waxman and Co. of proposing to exempt a couple of categories of generally safe products (ordinary children’s books, fabric-only garments with no plastic or metal fasteners) in the apparent hope that 1) Congress will look like it’s reasonable and “trying to do something”; 2) a few of the more visible (and politically salient) critics of CPSIA will be placated, at least for the moment. (One might add a third objective, whether consciously formulated or not: running the clock until Feb. 10 in the expectation that many of those protesting will at that point be out of the game — no longer in the kids’ product business — and so in less of a position to cause them political mischief.)

I agree with Woldenberg that the (piecemeal and grudging) proposals for exemptions do not begin to address the systematic problems with CPSIA. They leave at the law’s mercy innumerable products that are as close to zero poisoning risk as children’s books and all-fabric garments, or even closer. Indeed, it is hard to see on what rationale those two categories would be exempted and others not, aside from considerations of politics and public relations.

Woldenberg’s second post passes along a report from an unnamed source alleging that the Congressmen are unwilling even to hold hearings on CPSIA between now and its pending Feb. 10 deadline, as various other members of Congress have been asking them to do. If true, this constitutes an astounding display of contempt for the voices now being raised in concern from coast to coast on this issue.

In the mean time, here’s some further reading on the issue: