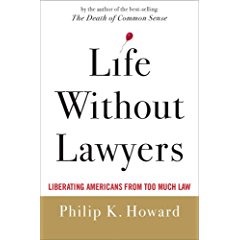 The popular author is in today’s WSJ with an op-ed summarizing his new book, which was also the subject of a nice piece in The Economist the other week (our earlier coverage). American Courthouse also comments, while Carter Wood at ShopFloor observes that George Will’s column at the Washington Post giving the book a rave was bedecked with ads for you-know-who.