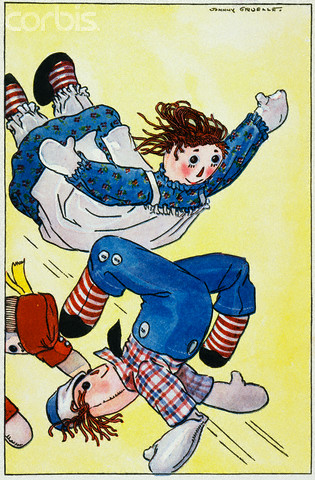 Major provisions of the Consumer Product Safety Improvement Act take effect today, and last night the responsible federal agency, the Consumer Product Safety Commission, released a 13-page set of guidelines (PDF, updated link) for manufacturers and resellers, who thus enjoyed a generous few hours in which to review its myriad of bewildering details before opening for business on Tuesday and risking fines and prison terms under the law.

In general, the rules appear to hold little that is surprising or new, and thus serve to confirm that the law will prove a disaster unless quickly revisited and reformed by the U.S. Congress. To take just one example, that of resale, thrift and consignment stores, the CPSC guidance advises that such stores discard, or refuse to accept donations of, a very wide range of children’s items unless they are willing to test the items for lead or call their original manufacturer — neither of which steps is consistent with the economics of an ordinary small thrift store. Included in the suspect list are most children’s clothing (because most of it has snaps, buttons, zippers, grommets or other closures with unknown/unproved metal or plastic content), most books that were printed before 1985 or that (even if more recent) include metal or plastic elements such as staples* or spiral binders; most playthings (dolls, balls, trains, toy cars, etc.), most shoes and hair ornaments, most sporting goods, outdoor play items and wagons, board games when including any plastic spinners, tokens or other items, all bicycles and tricycles in kids’ sizes, most decorations for kids’ rooms, nearly everything with metal or synthetic applique, most school, art and science supplies, and on and on. A much diminished assortment of t-shirts, pullover sweaters, slip-on canvas shoes, unpainted/untreated wood blocks, post-1985 glued-spine books and a few like items might remain on the shelves, but for the most part, it now seems clear, the U.S. Congress in its wisdom has decided to banish the business of kids’ resale to the realm of outlawry, even when carried on by non-profits with unpaid volunteers.

I’ll have more later in the day. In the mean time, let me mention that Forbes.com has now published, in altered form, my 50-state survey of business distress, legal irrationality, and protest arising from CPSIA, which had earlier appeared here (on Sunday) as a blog post. Go check it out now!

*Although the 13-page guidance booklet itself is silent on the subject of staples, note the footnote to section 5 in the separate guidance on lead limits: “The term ‘ordinary book’ in this context means one that is published on cardboard or paper printed by conventional methods and intended to be read. It excludes children’s books that have plastic, metal or electronic parts.”