It’s been a day of dramatic developments on the CPSIA-and-libraries front. An Associated Press article out yesterday quoted Scott Wolfson, a spokesman for the Consumer Product Safety Commission (CPSC) as officially urging the nation’s libraries to remove from their shelves children’s books printed before 1986 until more is known about their possible dangers from lead in their inks, dyes and pigments:

Until the testing is done, the nation’s more than 116,000 public and school libraries “should take steps to ensure that the children aren’t accessing those books,” Wolfson said. “Steps can be taken to put them in an area on hold until the Consumer Product Safety Commission can give further guidance.”

Within the day, however, commission chief of staff Joe Martyak said that Wolfson had “misspoke”, and that the commission has neither concluded that the books might be dangerous nor recommended that libraries take any action. An early version of the AP story is here, with the Wolfson quote, and a later version here, for purposes of comparison. 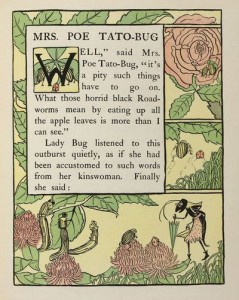 It’s not as if Wolfson was making things up here. As readers will recall, one of the two CPSC commissioners, Thomas Moore, called weeks ago for some undefinedly large share of old books to be “sequestered” from children for the time being. However, the full commission has left the issue up in the air rather than endorsing Moore’s view.

The AP also turns to Jay Dempsey, a health communications specialist at the Center for Disease Control, a federal agency that I suspect knows a great deal more than does the CPSC about the public health problem of children’s lead poisoning. Dempsey does not rate highly the danger that a child will ingest lead from books: “on a scale of one to 10, this is like a 0.5 level of concern.”

I’m also puzzled by the following quote in the AP piece:

Also, the lead [in some older books] is contained only in the type, not in the illustrations, according to Allan Adler, vice president for legal and governmental affairs for the Association of American Publishers.

That’s not what I’ve heard; I’ve heard more often of the illustrations flunking than of the type flunking when books are subjected to x-ray fluorescence tests.

The AP article, which is getting wide national pickup, also reveals that the American Library Association knows of only two libraries that have sequestered such volumes — we’ve reported on one — and that both ceased the practice at ALA’s urging. It also links to an overview of the (current) book manufacturing process and its CPSIA implications, prepared by manufacturers of children’s books. It does not discuss the issue of books with nonpaper elements published between 1985 and today, although this too could pose enormous compliance problems given libraries’ large holdings of such books.

News buffs may be interested to observe that the new Associated Press story is out of Jefferson City, Missouri — not Washington, D.C., not New York City — and that it carries the byline of Lee Logan, whose byline can also be found on the excellent (Missouri-focused) AP story about the CPSIA minibike ban a week and a half ago. The AP has been notable for snoozing through most of the national CPSIA story over the past three months, but it sounds as if it may have one reporter who understands its importance.

Incidentally, a number of vaguely well-meaning associations and nonprofits (as well as many of a sharper ideological tint) signed on to endorse the CPSIA in its rush to passage last year. Among the former group, as Deputy Headmistress points out, was the American Library Association itself — sort of like Colonel Sanders getting an endorsement from the chickens. I wonder whether anyone has asked the American Academy of Pediatrics, American Association of Law Libraries, or Circumpolar Conservation Union whether anything about CPSIA’s implementation has caused them to rethink their support. I’m still trying to figure out what CPSIA has to do with law libraries or circumpolar conservation in the first place, except insofar as it causes more people to hire lawyers and want to run away to the North Pole.
P.S. In comments, Carol Baicker-McKee says she “spoke with Joe Martyak, the CPSC chief of staff, yesterday, and while he did not mention ‘sequestering’ books, he did tell me that there is considerable legal precedent for seeing libraries as ‘distributors in commerce’ so the agency definitely considers them to be subject to CPSIA.” More from Valerie Jacobsen: “[Unlike one librarian quoted in the story,] I don’t see many libraries with only a few pre-1985 children’s books. While library copies of picture books do tend to wear out early, chapter books for children ages 8-12 typically endure quite well.”
Public domain graphic: Edith Brown, ChildrensLibrary.org via Jessica Palmer.