Metal jewelry is among the relatively few children’s products that presents a risk of lead ingestion to children not approximating zero, so it’s not especially surprising that it is treated with special stringency under the Consumer Product Safety Improvement Act. As CPSC’s guidelines explain, metal children’s jewelry becomes subject to testing and certification requirements on the 20th of this month (its makers do not benefit from the one-year stay) and items with even the tiniest dab of paint are subjected to additional requirements, including a separate testing/certification requirement that is already in effect. Since the law went into effect lead content has been limited to 600 parts per million in both jewelry and paint, and on August 14 the threshold for paint content will drop to 90 per million. Lead in its natural state has in many eras been a popular constituent of jewelry because of the metal’s soft and easily worked consistency. It is also a constituent element of all true crystal and many or most rhinestones — although there is much evidence that it is poses far less hazard to health in those forms because it tends to remain chemically bound into the crystal structure rather than leaching or dissolving out if chewed or ingested. 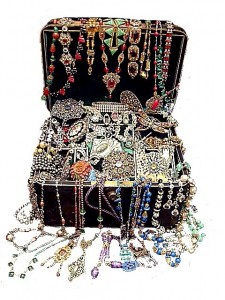 Given the stringency of its testing requirements and its unfriendliness toward component certification, CPSIA is not surprisingly causing serious economic difficulties in the children’s jewelry business, not excluding makers who have never used materials or components containing lead but must shoulder the extensive cost of testing anyway. HABA, the much-admired German toy company, has already announced the departure of its jewelry line from the U.S. market:

Due to the new CPSIA laws we have made the voluntary financial decision to no longer have the jewelry section in our catalog. The 2009 catalog will not include the jewelry. This does NOT mean that our current jewelry does not meet the ASTM requirements. Our overall jewelry sales are a very small percent of our business and the cost to test these items would outweigh the margins to sell the products.

Rhode Island is the historic center of costume jewelry making in America, and the Providence Business News reported recently on the plight of some of its makers. Keith Barber, partner in Rainbow Sales Inc. in Cranston,

said he has been following this issue for at least five years, since California adopted a strict law banning lead in children’s products. The California law became the model for the federal version, and Barber noted that California included an exclusion for rhinestones and crystals. California, he said, “took the time and did it right.”

Alan R. Green, owner and operator of Argo Products in Johnston, like Barber has thousands of dollars now tied up in unsalable rhinestone items, and believes that plastic substitutions will not be as broadly appealing to customers.

Green says that he could live with going out of business if he were a lousy businessman or as a result of the weak economy. “But to lose my business because of an ill-conceived federal regulation that is completely divorced from reality, that’s really going to hurt,” said Green.

said his organization several weeks ago submitted a 37-page petition to the CPSC, formally requesting an exclusion for crystal, rhinestone and glass, complete with scientific evidence and a risk-assessment study in what he called a “very elaborate presentation.” … No response has been received yet, Gale said.

In the period leading up to CPSIA’s passage, the most publicized death — even, by some accounts, the only death — of an American child relating to an item regulated by CPSIA was that of 4-year-old Jarnell Brown of Minneapolis, who per the Star-Tribune “died from swallowing a heart-shaped charm made almost entirely of lead” in a charm bracelet that came free with Reebok sneakers bought by his mother; Reebok paid a $1 million fine. Minnesota Sen. Amy Klobuchar cited the case in campaigning for some of the law’s most stringent provisions. It can be hard to get a clear account of what happened in the Brown poisoning, and Michael Shaw has tried to track down “numerous inconsistencies in the reporting of this entire tragic business, including the health of the child before this incident, how he obtained the bracelet, and how a child with supposedly no history of ingesting foreign objects did so.” 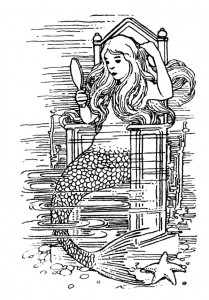 As far as the case for CPSIA goes, it bears repeating that the federal laws already in effect made it punishable for Reebok to distribute the merchandise in question — hence the record-setting fine (as well as other consequences to that company). The main point of CPSIA was to clamp a draconian regulatory regime on products that, unlike the heart charm, weren’t a risk for poisoning anyone. More commentary on the Jarnell Brown case: Deputy Headmistress, scroll also to comments; Kathleen Fasanella, scroll to third example in her response; Valerie Jacobsen in comments at League of Ordinary Gentlemen. On the adequacy of CPSC’s legal authority to address lead in jewelry under previous law, see also Rick Woldenberg/Little Ida.

Children’s jewelry is also produced by many beaders, crafters and other small enterprises for sale at local arts fairs, Etsy, and so forth.* The outcry on CPSIA from small producers, dealers and distributors includes, to pick a sampling, Fairy Tale Jewels, Angie Vinez, Birds and the Beads (“Even if the components have all been certified (such as TierraCast pewter), the CPSIA law still requires that the final product be tested regardless.”), My Aphrodite, Rings and Things, My Charmed Life, and Michon Jewelry.

In the coming days (per the article) CPSIA is expected to be a major topic of discussion at the annual exhibition of another jewelry trade group, the Providence-based (and fine-jewelry-oriented) Manufacturing Jewelers & Suppliers of America (MJSA), which holds its MJSA Expo at New York’s Javits Center from Sunday Mar. 8 through Tuesday, Mar. 10. Certain newspapers that have dismissed concerns about CPSIA’s effect on small businesses as “needless fears” could even send a reporter to that expo if they wanted — it’s only a few blocks’ stroll.

* Lab testing costs are likely to mount into the many thousands of dollars for many kitchen-table and cottage-industry makers, especially if they use many colors of bead or paint and produce multiple or customized styles.