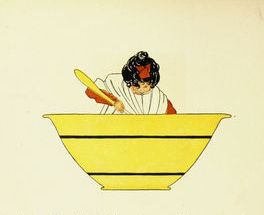 According to one of Rick Woldenberg’s sources, the leadership on Capitol Hill ordered a Democratic member “in no uncertain terms” not to address next Wednesday’s rally calling for legislative reform of the Consumer Product Safety Improvement Act of 2008. The bill was rushed to passage this year with overwhelming support from both parties; the public outcry in recent months has stirred proposals mostly but not entirely from Republicans for legislative relief.

You’d think the Democrats would be smart enough to want to be perceived as listening to public outrage on this issue rather than letting the Republicans develop it as a source of partisan advantage. But apparently you’d be wrong.

P.S. Deputy Headmistress now has up a very interesting post on the partisanship/non-partisanship angle. The movement to protest and reform or repeal CPSIA, as she notes, is truly diverse ideologically, politically, and in almost every other way: it brings together persons of astoundingly disparate views and manners of living. On the other hand — as she demonstrates by citing particulars of the news coverage a year or two back — the maneuvering that got CPSIA passed in the first place was remarkable for its jealous partisanship, something easily overlooked in retrospect given the near-unanimous eventual vote in favor of the law.
Public domain image: Yankee Mother Goose (1902), illustrator Ella S. Brison, courtesy ChildrensLibrary.org.