As Charles Henry and Carter Wood observe, Tuesday’s Washington Post article on the fate of vintage books is another sign that the CPSIA debacle is gradually edging into the attention zone of even the more highly placed members of the press. 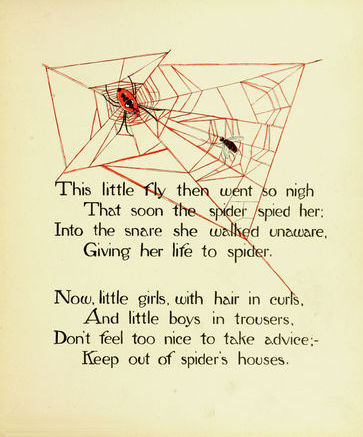 Florida’s St. Petersburg Times also covered the book/library angle over the weekend, following earlier coverage by the Associated Press Mar. 17, and before that by the Fort Worth Star-Telegram, the Guardian (U.K.), Cincinnati Enquirer and elsewhere. (Other aspects of the law, similarly, have won sporadic rather than sustained attention at individual large papers, and none have yet broken through to the print columns of The Deaf Lady and thereby reached those who rely on her for their news agenda.)

If nothing else, the Washington Post story should lay to rest the still sometimes heard notion that no one is talking about banning many of these books or that everyone somehow favors broadly exempting vintage books, with the only real question being how to get there. Reporter Michael Birnbaum interviewed Columbia public health specialist David Rosner, known as a high-profile lead hawk and critic of any toleration of nonzero exposure risks (and also a recurring expert witness for plaintiff’s lawyers in lead litigation, in which role he puts in a cameo in this fine 2007 Joe Nocera column in, of all places, the NYT). Rosner quite unmistakably does not want older books exempted as a general matter and does want government to intervene against those that have detectable, even if infinitesimal, levels of lead in their ink. He dismisses as ignorant — unacquainted with “the latest science” — parents and booksellers who object that they grew up with these books, they turned out okay, etc. (In fact, “latest science” or no, scientists have by no means joined in the consensus Rosner aims to suggest; hence the remarks from Centers for Disease Control spokesman Jay Dempsey the other day that “On a scale of one to 10, this is like a 0.5 level of concern“).

Birnbaum also interviews a second high-profile lead hawk, Johns Hopkins public health professor and longtime regulatory activist Ellen Silbergeld, who takes a somewhat contrasting view more akin to CDC’s (dismissing the book issue as “very clearly not a high priority” in protecting children). But that’s not all: Silbergeld appears to associate herself with (otherwise unnamed) critics who “accuse the safety commission of trying to undermine the law by stirring up popular backlash”, calling the agency’s continued inability to resolve the issue “absurd” and “disingenuous”. The suggestion here, it would seem, is that the CPSC is purposefully sabotaging the law by accommodating, even in part and inconsistently, the views of one of its own two commissioners, Thomas Moore, who famously called for some share of older books to be “sequestered” — not to mention outsiders like Rosner whose views appear to follow similar lines. So now we’re apparently meant to go on a hunt for imagined wreckers and saboteurs at the agency, presumably including its key career staff.

Meanwhile, and fortunately, discussion continues among persons who care passionately about old books for their own sake and don’t want to see them lost. Well-known author Neil Gaiman remarked on the story on Twitter (“So wrong, so wrong, so utterly, utterly wrong“) which was passed along (“retweeted”) by hundreds of his readers and fans; many blog posts and discussions resulted. David Niall Wilson (“Glimpses Into an Overactive Mind”) contributed two passionate posts (“This idiocy has to be stopped”.)

The popular James Lileks, whose eponymous site is one of the most consistently diverting in American journalism, did a short column for the Minneapolis Star-Tribune, and the subject erupted in comments at Boing Boing. Some other discussions, all worth reading: Tim & Zodi (via Deputy Headmistress), Michael Lieberman at Book Patrol (also Wessel & Lieberman), Jennifer at Series Books for Girls (“this lead thing has not gone away. Don’t think for a minute that it has”), Vivian Zabel, Le Mars, Iowa, Daily Sentinel, Aria Nadii/Wild Muse Notes.

And don’t forget the rally next Wednesday morning, April 1, in Washington, and covered by, among other places, Apparel News. Registration can be accomplished here. And Lahle Wolfe at About.com Women in Business Blog offers six (other) ways to protest the law.