Excellent article today on libraries, books and CPSIA in one of Texas’s leading newspapers, the Fort Worth Star-Telegram. 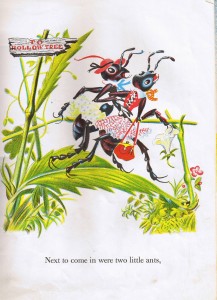 It confirms, among other things, that the big Half Price Books chain has made a policy of pulling pre-1985 books from its shelves, as well as more recent books that contain various kinds of embellishments and special features. If you happen to know an editor with the New York Times, the Chicago Tribune or one of the other big media outlets that are still utterly ignoring the crisis, this makes a good clip to send them, just to let them know that 1) what’s going on is only too real; and 2) they’re being scooped repeatedly by other journalists, just as the Boston Globe scooped them last week on the resale story.

Also on the library issue, there is good coverage in the Zanesville, Ohio Times Reporter (a disproportionate amount of the good library coverage has come from the state of Ohio, which I suspect must be a tribute to some energetic library people there). The American Library Association has a wiki reiterating (at present) that association’s advice to members not to throw out pre-1985 books: “If you feel you must remove books from circulation, please store them until rulings are clearer!”. In her latest roundup, Deputy Headmistress describes how her own local library is boxing up many books that are likely to have been printed after 1985, because their copyright date falls before then; it is a common practice for children’s books to list only a copyright date even if they were printed many years later. So at that cautious library, at least, the law’s effects are even more drastic than one might have assumed.

Darwin Central, which took out after the offending Snopes.com on the books issue a couple of weeks ago, follows up today with a post entitled, “Snopes Defending the Book Burners”. 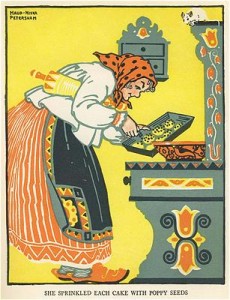 Linda L. Richards at January Magazine was among those misled by the Snopes slant. In a wide-ranging CPSIA roundup last month (worth reading in its entirety), Punditry by the Pint had wise advice: “This might be one of the cases where it would be good to read up on Snopes’ False Authority Syndrome page.” A visit to the Snopes page in question indicates that it now carries a “Last Updated” date of February 19, which indicates that it has been changed since we last had occasion to discuss it; at a brief glance, some of the dismissive language I and others found so objectionable seems no longer to be there, though it has not been replaced by language that’s actually cogent or up-to-date. Someone might want to do a before-and-after comparison using the Wayback Machine.

Also on books, children’s book author and editor Carol Baicker-McKee has a lovely followup to her excellent post of a day earlier, describing some of the kinds of older children’s books (of uncertain copyright status, too “quiet” in their themes to attract reprint interest from publishers) that might face a bleak future. She admires silhouette art, a feature of many midcentury children’s books (like the 1941 Marcella Chute volume from which this illustration is taken) but which is uncommon today.

Baicker-McKee has devoted more thought to the economics of children’s publishing than have most of us, and she writes beautifully of what is at risk. Ed Driscoll also has some to-the-point observations at Pajamas Media, where he quotes Mark Steyn: “A nation’s collective memory is the unseen seven-eighths of the iceberg. When you sever that, what’s left just bobs around on the surface, unmoored in every sense.”

There are other news stories I haven’t gotten to — in particular, the Wall Street Journal’s important reporting on $1 billion-plus (at least) in stranded inventories, much of which may be headed for landfills, and the news of the sudden 40% drop in the stock price of well-known kids’ retailer Gymboree as it was forced to take massive inventory write-offs. I’ll have to get to those at a later date, however, as an unrelated deadline is going to be absorbing much of my attention over the next few days.