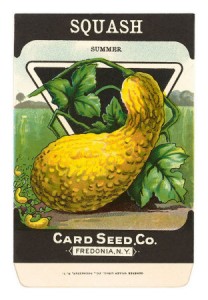 After you fully discount the chain-email false alarms, you’re left with plenty of well-founded concerns about how small producers would fare under the various food-safety measures before Congress. Farm World:

The public outcry has mostly focused on the Food Safety Modernization Act of 2009 (House Resolution 875), but Kastel [Mark Kastel of the Cornucopia Institute] pointed out that of all the food safety bills currently before Congress, the Food and Drug Administration (FDA) Globalization Act of 2009 (HR 759) appears to be the one that’s most likely to be voted on, possibly with elements of the other bills incorporated [emphasis added].

Sponsored by Congress’ most senior member, Rep. John Dingell (D-Mich.), HR 759 amends the Federal Food, Drug and Cosmetic Act to include provisions governing food safety. The bill provides for an accreditation system for food facilities, and would require written food safety plans and hazard analyses for any facilities that manufacture, process, pack, transport or hold food in the United States.

It also calls for country of origin labeling and science-based minimum standards for harvesting fruits and vegetables, as well as establishing a risk-based inspection schedule for food facilities. …

The [Cornucopia] institute claims the preventative measures [on handling of food on farms] are designed with large-scale producers and processors in mind and “would likely put smaller and organic producers at an economic and competitive disadvantage.”

Filed under: agriculture and farming, FSMA