On August 14, unless the Consumer Product Safety Commission acts to stay matters, a new set of CPSIA provisions will take effect requiring makers of children’s products to affix to their goods tracking labels intended to facilitate future recalls and other safety-related measures. As with many other aspects of this law, the tracking rules impose a burden that is perhaps bearable for many producers who operate on a large industrial scale; as noted in some detail two weeks ago, however, they are causing much hair-pulling — if not thoughts of retirement or bankruptcy — for many others that produce handmade, customized or small-batch items, or items not well suited in size, material, use or packaging to an individual labeling process. Kathleen Fasanella has a short account at Fashion Incubator explaining some of the steps that will be expected of those producing children’s apparel and sewn products, including makers who might have been turning out a dozen hats or cloth dolls a month at their kitchen tables: 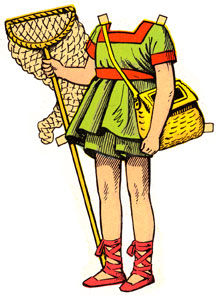 You will need to do “batch control”. You need to create a separate BOM [Bill of Materials] for each batch. You can keep this electronically in a database or spreadsheet. It is my understanding you need to keep these records for three years.

The CPSC has issued no guidance on the tracking label requirements, which means producers can only guess as to exactly what will prove acceptable, with the price of guessing wrong set very high indeed. A hearing by the commission in May aired a sampling of the expectations of disaster from various affected businesses around the country. 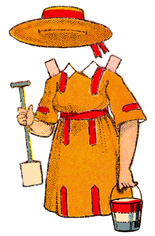 Per ShopFloor, “the National Association of Manufacturers and the CPSC Coalition have submitted another request for an emergency, one-year stay of enforcement” of CPSIA’s Section 103, which imposes the requirement; the commission has (after much agonizing) agreed to stay some of the law’s other impractical mandates for periods of a year or two, but a petition to stay the tracking-label rules failed in March when the then-two-member commission split 1-1 on it. Now, however, a third member has joined in the person of newly confirmed Chairman Inez Tenenbaum, whose opinion may prove decisive. Reform voice Rick Woldenberg argues that the CPSC should adopt at least a one-year stay and indeed go further than that so as to avert a “fiasco” that “creates enormous burdens for industry and is in many ways pointless and unjustifiable”.

Or Congress could step in, admit it went too far last year, and set about fixing things. Just kidding! We know it won’t.