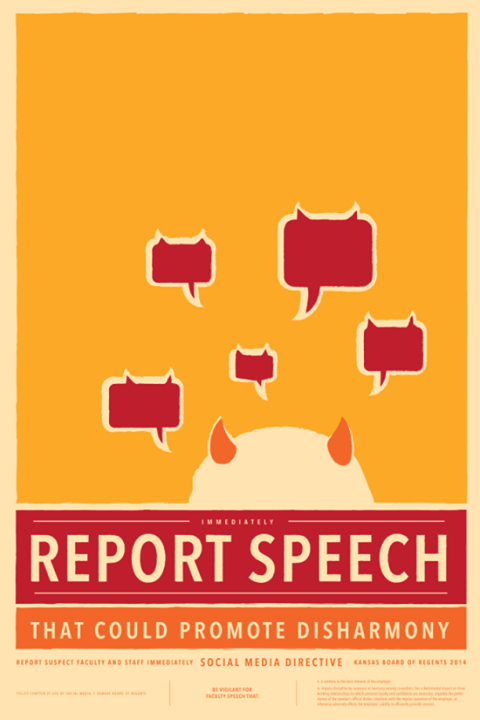 The Kansas Board of Regents has adopted a broad new policy barring employees, including faculty, from “improper use of social media,” which include content that “impairs … harmony among co-workers” or is “contrary to the best interests of the university,” with some narrow exceptions such as “academic instruction within the instructor’s area of expertise (emphasis added)” The Foundation for Individual Rights in Education, among other groups, have argued that the new policy “authorizes punishment for constitutionally protected speech, and … leaves professors unsure of what speech a university might sanction them for,” the result being a chilling effect on both free speech and academic freedom [FIRE, NPR]. The policy was adopted at the behest of critics of one professor’s controversial anti-gun tweet, and Charles C.W. Cooke at NRO says conservative regents should have been among the first to realize that professor-muzzling is not the way to respond.

KSU’s Dan Warner did a series of posters (Creative Commons permissions) skewering the new policy, including the one above; more on that here.