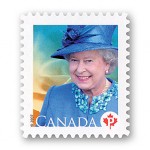 Remember when Canada was regarded as the high-tax, big-government country, and we weren’t? How times have changed. Burger King is considering becoming Canadian through a tax inversion deal with donut chain Tim Horton’s, aware that north of the border “corporate tax rates are as much as 15 percentage points lower than in the United States,” in the words of Daniel Ikenson at Cato, who writes: “If the acquisition comes to fruition and ultimately involves a corporate ‘inversion,’ consider it not a problem, but a symptom of a problem. The real problem is that U.S. policymakers inadequately grasp 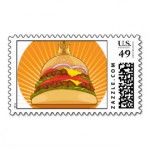 that we live in a globalized economy, where capital is mobile and products and services can be produced and delivered almost anywhere in the world, and where value is created by efficiently combining inputs and processes from multiple countries. Globalization means that public policies are on trial and that policymakers have to get off their duffs and compete with most every other country in the world to attract investment, which flows to the jurisdictions where it is most productive and, crucially, most welcome to be put to productive use.” And the fact is that the United States, once the domicile of choice for international business, has slipped badly down the ratings of how difficult it is to do business in various countries. Policymakers “should repair the incentives that drive capital away from the United States.” Full post here. More: Stephen Bainbridge.