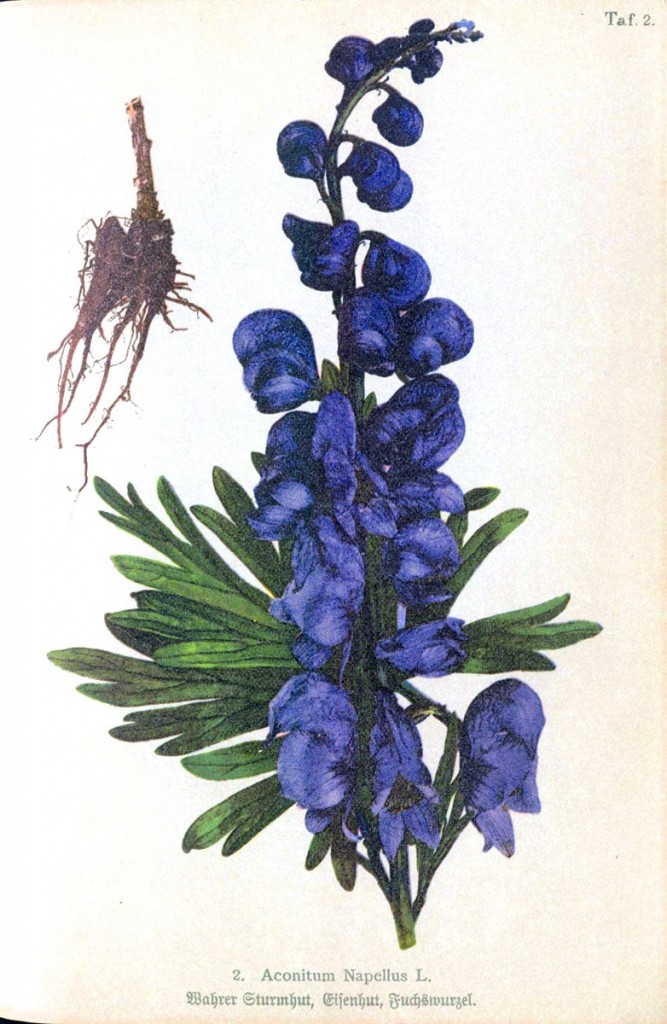 Following the unexplained death of a gardener at a millionaire’s estate in Hampshire, England, a coroner has been told that it is more likely than not that brushing against the poisonous common garden plant aconitum, known variously as wolfsbane or monkshood, must have caused the man’s decease. [Independent]

Maggie Bloom, who is representing the family, said in the pre-inquest hearing yesterday that the initial blood sample had been destroyed – despite being against hospital policy – and that later samples that were retained could be useless as the poison leaves the body within a day.