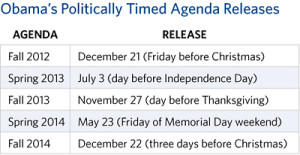 James Gattuso and Diane Katz at Heritage tote up some of the numbers on the Obama administration’s wave of regulation:

Overall, the cost of new mandates and restrictions imposed by the Obama Administration now totals $78.9 billion annually. This is more than double the $30.7 billion in annual costs imposed at the same point in the George W. Bush Administration.

Much, much more is ahead, especially in areas like labor and employment, where the administration is pursuing a frankly unilateral course of legal changes that would never meet with approval if submitted as legislation to the present Congress.

Filed under: Barack Obama, regulation and its reform, workplace