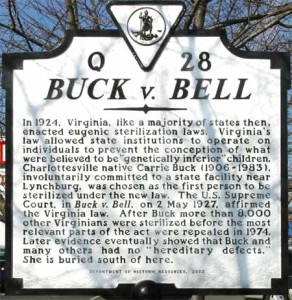 The more you know about the early 20th Century progressive movement, the less you will probably love it. My colleague Trevor Burrus explores the story of Buck v. Bell, the 1927 case in which a eugenics-influenced U.S. Supreme Court approved a Virginia compulsory sterilization law.