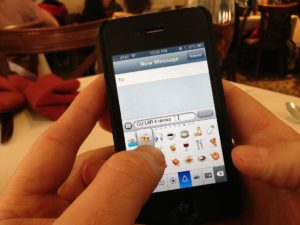 By reader acclaim: “A man is suing a Round Rock woman for texting during a movie date at the Barton Creek Square theater, according to a petition filed in small claims court in Travis County. Brandon Vezmar, 37, of Austin filed the claim Thursday against his date. He is asking for $17.31, which was the price of the movie ticket to a 3D showing of “Guardians of the Galaxy, Vol. 2,” he told the American-Statesman Tuesday.” [Austin American-Statesman] Image: Wikimedia Commons. More: Lowering the Bar (doesn’t seem like good strategy if plaintiff ever wants to date again).