Six years into its battle, tiny-magnet maker Zen Magnets has won another key round against the Consumer Product Safety Commission in court, persuading a Colorado federal court to reverse a Commission order ordering a halt to its sales [Nancy Nord] A larger and at the time better known maker of tiny magnet sets, Buckyballs, folded under the Commission’s pressure. More on Zen Magnets’ fight here and here.

Last year the Tenth Circuit struck down the CPSC’s ban on tiny desk magnet sets. Pursuing the legal consequences of an earlier recall order, however, the CPSC has required the destruction of $40,000 worth of rare-earth magnets from the inventory of defiant manufacturer Zen Magnets. You can watch the resulting “funeral” at my new Cato post.

Filed under: Buckyballs, CPSC, WO writings

After BuckyBalls surrendered to the Consumer Product Safety Commission the Denver-based company Zen Magnets was the last standing in the tiny-recreational-magnets field, and its founder, 27-year-old Shihan Qu, isn’t planning to go quietly. [WestWord] 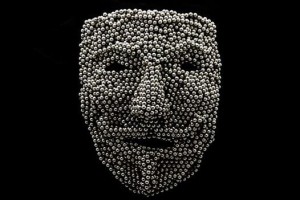