Time magazine invited me to write an opinion piece on yesterday’s lethal Islamist attack on the offices of the French satirical magazine Charlie-Hebdo. (earlier here). Excerpt:

If you defend freedom of speech today, realize that “blasphemy” is its front line, in Paris and the world. …

Most of the prestige Western press dodged the running of the [Danish Mohammed] cartoons, and beneath the talk of sensitivity was often simple fear. As journalist Josh Barro noted today on Twitter, “Islamists have by and large succeeded in intimidating western media out of publishing images of Muhammad.” …

[On the modern European rise of laws against “defamation of religion” and related offenses]: One way we can honor Charb, Cabu, Wolinski, Tignous, and the others who were killed Wednesday is by lifting legal constraints on what their successors tomorrow can draw and write.

Also recommended, this thoughtful Ross Douthat column on blasphemy and religious offense. Douthat is not enthusiastic about blasphemy generally, but makes an exception for instances where it is done in defiance of grave dangers. “If a large enough group of someones is willing to kill you for saying something, then it’s something that almost certainly needs to be said … it’s precisely the violence that justifies the inflammatory content. … if publishing something might get you slaughtered and you publish it anyway, by definition you *are* striking a blow for freedom, and that’s precisely the context when you need your fellow citizens to set aside their squeamishness and rise to your defense.”

“So many of Charb’s fellow journalists have long been aware of these threats, and have said nothing,” writes Mark Hemingway in the Weekly Standard. Jytte Klausen, author of a book on the Danish cartoon episode, in Time: “Over the past five years, [the editors of Charlie-Hebdo] have been left alone standing in defense of press freedom.” And Alex Massie at The Spectator:

[The 1989 fatwa against Salman Rushdie] was a test too many people failed back then. We have learned a lot since then but in many ways we have also learned nothing at all.

In 2012, Rushdie wondered if any publisher would have the courage to endorse The Satanic Verses if it were written then. To ask the question was to sense the depressing answer. They would not.

As for the present day, CNN, NYT, AP, NBC, ABC, the BBC, Guardian, Telegraph, and the CBC, will *not* be running Charlie-Hebdo cartoons, though a number of American publications did so, including Daily Beast, Vox, and Bloomberg. No UK paper on Thursday morning runs the cartoons on its cover — though the Berliner-Zeitung in Germany publishes a full spread of them. 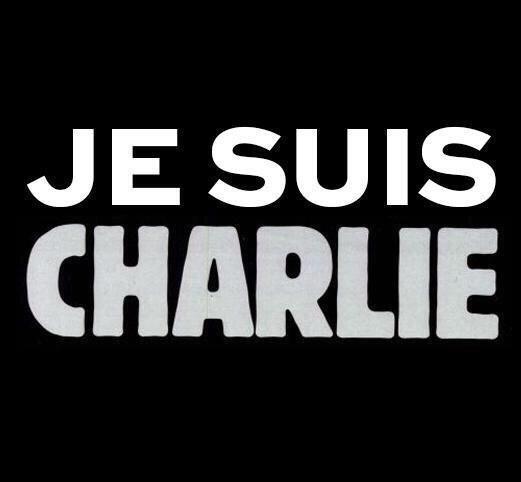 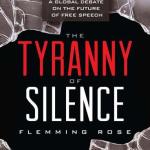 P.S. Whoops, that’s what I get for posting while drowsy: earlier roundups by Ted already had the Scottish-tippler and obese-flyer items.

“A Danish court has dismissed a lawsuit filed by Muslim groups against the newspaper that first published cartoons of the Prophet Muhammad that triggered protests across the world this year.” (AlJazeera.net, Oct. 27; Volokh, Oct. 26). Syrian legislator Mohammed Habash, who heads the Islamic Studies Center in Damascus and is apparently deaf to ironic overtones, charged the Danish court with “[wanting] to impose their way of thinking on all other nations.” (“Arab dismay at cartoons verdict”, Irish Examiner, Oct. 26). Earlier: Mar. 19, Mar. 31, etc.

Following up on earlier threats (Feb. 14, Mar. 19), Syed Soharwardy has brought a complaint against the Western Standard before the Alberta Human Rights Commission over its publication of the Mohammed cartoons. Ezra Levant, publisher of the Western Standard, explains (Mar. 29) that defendants in the “human rights” tribunal do not benefit from the protection that the loser-pays principle affords most defendants in Canada against groundless or nuisance litigation:

even if we are successful in the human rights commission, we will not be compensated for our legal fees. It’s not like a real court [! — W.O.], where an unsuccessful plaintiff would be ordered to pay a successful defendant’s costs. So even if we win, we lose — the process is the penalty. Worse than that, the radical imam who is suing us doesn’t have to put up a dime — the commission uses tax dollars to pay lawyers and other inquisitors to go at us directly. Human rights tribunals themselves are illiberal institutions.

In other cartoon-jihad news, it appears that giant book retailers Borders and Waldenbooks have been Boston-Phoenix-ized (see Feb. 10); they say they won’t carry the April-May issue of the magazine Free Inquiry, which reprints Mohammed cartoons, for fear of Islamist violence against their employees and customers (Carolyn Thompson, “Borders, Waldenbooks Won’t Carry Magazine”, AP/San Francisco Chronicle, Mar. 29). Free Inquiry is actually worth subscribing to quite aside from this episode; you can do that here.

P.S. Eugene Volokh has a thread discussing the extent to which Borders/Walden might be subject to later tort liability if its sale of the magazine led to violence that harmed customers (Mar. 30).

It means “solidarity” in Danish, and specifically solidarity with the endangered liberties of Denmark, where some of the “Mohammed” cartoonists live in hiding after threats to their lives. (Michelle Malkin, Mar. 3, complete with “Lego My Free Speech” rally sign; Flemming Rose, “Why I Published Those Cartoons”, Washington Post, Feb. 19). More here and here.

“The head of Calgary’s Muslim community is considering a civil lawsuit against two local publishers for reprinting controversial Danish cartoons of the Prophet Muhammad — images that have sparked deadly riots overseas. “Syed Soharwardy, president of the Islamic Supreme Council of Canada, said he would consult lawyers to see whether it was possible to sue the Jewish Free Press and conservative Western Standard, which have published the cartoons; the general-circulation Calgary Herald has not. More: Feb. 10, etc. (Emma Poole, Calgary Herald/National Post, Feb. 13).

The Boston Phoenix (“World of Pain”, Feb. 9) tells readers that “frankly, the primary reason” it isn’t going to run the Danish Muhammed cartoons:

Out of fear of retaliation from the international brotherhood of radical and bloodthirsty Islamists who seek to impose their will on those who do not believe as they do. …Simply stated, we are being terrorized, and as deeply as we believe in the principles of free speech and a free press, we could not in good conscience place the men and women who work at the Phoenix and its related companies in physical jeopardy. As we feel forced, literally, to bend to maniacal pressure, this may be the darkest moment in our 40-year publishing history.

Somewhere there’s probably an issue of vicarious/employer liability lurking in here — if printing the cartoons did lead to violence, the Phoenix’s owners might well end up having to pay. But of course the venerable alt-weekly’s stance is practically a profile in courage compared with that of editors, publishers, governments and university officials in many other places, including South Africa (bans publication of images), Sweden (reported to have shut down website carrying them), Canada’s Prince Edward Island (university confiscates student newspaper, edict forbids weblog comments) and so on (Michelle Malkin roundup, Feb. 9). Commentaries worth reading: Krauthammer, Kinsley, and, from a different perspective, a commenter at Andrew Sullivan’s. (More on the cartoons here and here.)