I wrote in October about “a low-profile program in which a nonprofit backed by former New York City Mayor Michael Bloomberg places lawyers in state attorney generals’ offices, paying their keep, on the condition that they pursue environmental causes.” Now the Virginia legislature has approved a provision apparently aimed at heading off the practice in that state, the relevant provision reading: “The sole source of compensation paid to employees of the Office of the Attorney General for performing legal services on behalf of the Commonwealth shall be from the appropriations provided under this act.” Chris Horner of the Competitive Enterprise Institute has campaigned against the practice. [Todd Shepherd, Free Beacon; Charmaine Little, Legal NewsLine]

My new Cato post looks at a low-profile program in which a nonprofit backed by former New York City Mayor Michael Bloomberg places lawyers in state attorney generals’ offices, paying their keep, on the condition that they pursue environmental causes. We know much about this and other AG entanglements thanks to two reports by Chris Horner of the Competitive Enterprise Institute (CEI) based on public records requests that had been strenuously resisted by the state AGs. (CEI was itself the target of a notorious subpoena engineered by AG offices.) The New York Post also takes a critical view of the program.

David Kopel writes that “background check” laws pushed by the Bloomberg anti-gun campaign in states like Colorado and Washington have weird effects, whether intended is not entirely clear, on such topics as safe storage of firearms, the sharing of firearms during informal target shooting, and the legality of handgun possession by 18-21 year olds. This might be a sub-instance of a related problem noted by Glenn Reynolds at USA Today: “Gun-control laws have a tendency of turning into criminals peaceable citizens whom the state has no reason to have on its radar.”

If so, you’d never guess from the result in the Maryland governor’s election, I argue at Cato at Liberty.

Bloomberg’s nanny-in-chief was never the right choice to lead the Centers for Disease Control, much less with an actual epidemic in sight, argues the New York Sun:

…it was the former mayor of New York City who gave the nation Thomas Frieden, who is one dangerous doctor and is the middle of the catastrophe. … Because of the government’s blunders in the Ebola emergency, people are starting to look a harder look at Bloombergism.

… the CDC budget has soared more than 200% since 2000 to $7 billion. The Centers, moreover, are squandering this lucre (which was seized from the American public via taxes) on regulating motorcycle helmets, video games, and playground equipment, as if any of that has anything to do with diseases. No wonder that when Ebola hits, the CDC seems to be staggering….

Mr. Bloomberg is enormously invested in this through the school of public health at Johns Hopkins. Do Americans want a cabal of left-wing, government doctors in Atlanta engineering our playgrounds, motorcycle helmets, and video games? No one plays a video game or rides a motorcycle for his health….

It is important that the Ebola emergency is starting to get people thinking about the first principles of the Centers for Disease Control.

While we’re at it: I’ve got a new post at Cato about the international aspects, including the U.N.’s World Health Organization and Prof. Lawrence Gostin’s article “Healthy Living Needs Global Governance.” 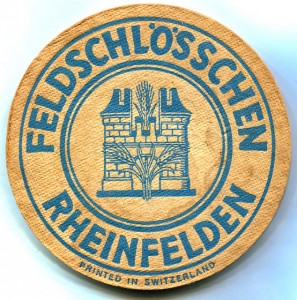 P.S.: “The fact that they brushed us off really worked in our favor.” How well-roaded Pueblo, Colo. sent Bloomberg’s minions packing.