“The woman whose toddler sparked a 2017 Bronx blaze that killed 13 people and whose own actions might have fanned the deadly flames is now demanding a total of $1.1 billion — citing the ‘negligence’ of others.” Among other defendants, the suit blames a stove maker for “knobs and valves that were too easy to turn on.” [Dean Balsamini, New York Post] 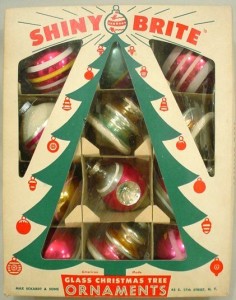 First a house fire killed Cameron Todd Willingham’s three tiny daughters. Then the state of Texas killed him. Mistakes were made, notes the Washington Post. The forensics testimony on accelerants has long since been discredited, and now the jailhouse informant whose words sent Willingham to execution, who has wavered between recanting and not-recanting, has given a recantation with much more circumstantial detail about the lies he says he told on the stand.

Here’s a Texas Monthly article (linked a while back) on the unsettling history of arson forensics over many years, in which the use of accelerants was deduced from dubious evidence in such a way as to shift many fires from the “likely accidental” to the “deliberate” category, with dire legal consequences for family members and others on the scene. Earlier on the Willingham case, including pro-prosecution links, from five years ago. More: Jonathan Adler.

Filed under: crime and punishment, fires

Following the rules wherever they lead? The newly installed alarms did promptly catch a guest smoking in a cleaning closet. [Independent]

The other day the Chicago Tribune documented a longstanding campaign (see Friday link) to get government bodies to adopt standards requiring flameproofing of furniture upholstery, carpets and other household materials. Turns out key actors in that campaign were companies that make the chemicals used in flameproofing, which thereby guaranteed themselves a giant market for their products, as well as cigarette companies that worried that they would face regulatory and legal pressure over fires caused by careless smoking and decided to pursue a strategy of turning the issue into someone else’s problem.

Unfortunately, according to the Tribune series, the supposedly flameproof furnishings 1) aren’t necessarily very good at reducing fire risk and 2) are doused with chemicals that one might not want rubbing off on one’s family and pets. That’s aside from the regulations’ obvious cost in making furnishings more expensive and narrowing consumer choice by excluding producers unable or unwilling to use the chemical treatments. Whether or not you accept the series’ interpretation in all respects — the authors tend to taken an alarmist line, for example, on the chemicals’ environmental dangers — it’s useful as reminder #83,951 that government regulation often is driven by motives quite different from those advertised, and in particular by business lobbies whose interest is frequently squarely opposed to laissez-faire.

On Sunday, Times columnist Nicholas Kristof, criticized lately in this space for his views on supposed Big Beer responsibility for Indian reservation alcoholism, addressed the flameproofing story in his column. After reciting the controversy — laying a particular emphasis on chemical alarmism, long a specialty of his — Kristof concludes as follows:

This campaign season, you’ll hear fervent denunciations of “burdensome government regulation.” When you do, think of the other side of the story: your home is filled with toxic flame retardants that serve no higher purpose than enriching three companies. The lesson is that we need not only safer couches but also a political system less distorted by toxic money.

Which affords James Taranto of the WSJ’s “Best of the Web” this response:

The guy is so blinded by ideology that he fails to notice he has just given an example of burdensome government regulation.