Filed under: on TV and radio, salt, taxis and ridesharing

Bloomberg-era nannying continues under Mayor Bill de Blasio: “The [New York City] Board of Health voted unanimously to require chain eateries to put salt-shaker emblems on menus to denote dishes with more than the recommended daily limit of 2,300 milligrams of sodium.” [Associated Press] There are several problems with this, beginning with the coercion: it’s not the proper role of government to force itself on the marketplace as a diet and health adviser. The salt guidelines themselves, moreover, are so rigorous in their demands for salt restriction that only one in ten Americans currently succeeds in meeting them; while some persons (notably cardiac patients) can lower their risk by going on a salt-restricted diet, it seems to confer no benefit on many others and may even bring health risks of its own. Aside from breeding “warning fatigue” that encourages consumers to ignore increasingly complicated signage, the measure brings serious compliance costs, especially if restaurants try to introduce new offerings frequently or vary their offerings to reflect local or individual customer preferences. Finally, the de Blasio administration bypassed the City Council (which by design is answerable to the entire city, including consumer and business voters) in favor of going for an edict by the Board of Health. Mayor Bloomberg tried the same tactic with his soda ban, only to see it struck down by the courts.

Filed under: labels, NYC, on TV and radio, restaurants, salt

The federal government officially recommends salt intake drastically lower than what most Americans consume — 2,300 milligrams a day compared with 3,500. Yet a vocal body of scientific critics say not only are such drastic reductions unneeded for those without specific risk factors such as high blood pressure, but cutting salt intake below 3,000 milligrams can pose its own health risks. [Washington Post] 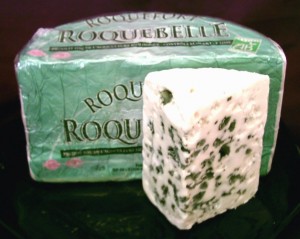 Filed under: eat drink and be merry, salt

Even as the FDA prepares ambitious new rules pressuring food makers to reduce the amount of salt in their wares — recipe regulation, as we’ve called it — a new study questions whether most people in Western countries really need to cut salt after all. The study, led by Dr. Salim Yusuf of McMaster University, finds evidence consistent with sodium being a health risk for person with hypertension and those with the highest salt intake, but also suggests that most of the population is in the optimal zone for salt intake and that adding potassium-rich fruits and vegetables to the diet may be a superior way for many to fend off bad effects from sodium. The study ran jointly in the New England Journal of Medicine with a second which lays more emphasis on hazards of salt intake. [Yahoo News] More: Just One Minute, ACSH.