25 years ago CBS and the Food and Drug Administration, with trial lawyers and their hired experts busy in the background, kicked off a national panic over silicone breast implants. After waves of needless consumer fear and considerable disruptions to the U.S. economy– and the transfer of a great deal of money to claimants and their lawyers — the panic subsided and the general safety of the devices came to be widely accepted [Jack Fisher, ACSH; our coverage here; my book The Rule of Lawyers, which devoted a chapter to the saga]

Filed under: silicone breast implants, The Rule of Lawyers

A new book by Dr. Jack Fisher revisits the silicone breast implant litigation fiasco, a tale often mentioned in this space, including the FDA’s role [Josh Bloom, Science20 via ACSH]

Until that story [on the silicone breast implant episode], I’d always taken the liberal view of plaintiffs’ lawyers as avenging angels, righting wrongs and helping wrest compensation for people who had been harmed by greedy corporations. …

[Since then] I’ve seen mass torts where the actual plaintiffs get coupons while the lawyers reap millions. Mass torts where the connection between the product and the harm is illusory. Mass torts built on fraud (silicosis). Complex litigation settled for billions even when the government implies that consumers are responsible (Toyota sudden acceleration). I’ve also seen cases where some victims hit the jackpot with a giant jury verdict and other victims come up empty. Or where a corporation really has done harm but pays off the lawyers instead of the victims. Over the years, I’ve thought: There’s got to be a better way.

Read the whole thing [via Ted at Point of Law]

As longtime readers of this site know well, the late mass tort king John O’Quinn nicked the accounts of breast implant plaintiffs with a fortune in unauthorized overcharges. Austin attorney Terry Scarborough, who spent ten years helping get some of the money back, “says he could have built a practice based on people itching to sue O’Quinn, whose generosity toward charitable and Democratic causes was shadowed by a reputation for stiffing fellow attorneys — a mortal sin in the practice of law.” [Austin American-Statesman, Texas Lawyer] 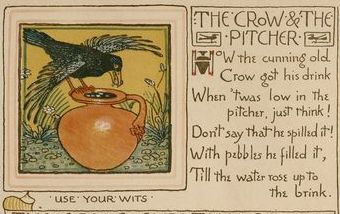 Lester Brickman has a new must-read paper on an under-reported problem:

Lawyers obtain the “mass” for some mass tort litigations by conducting screenings to sign-up potential litigants en masse. These “litigation screenings” have no intended medical benefit. Screenings are mostly held in motels, shopping center parking lots, local union offices and lawyers’ offices. There, an occupational history is taken by persons with no medical training, a doctor may do a cursory physical exam, and medical technicians administer tests, including X-rays, pulmonary function tests, echocardiograms and blood tests. The sole purpose of screenings is to generate “medical” evidence of the existence of an injury to be attributed to exposure to or ingestion of defendants’ products. Usually a handful of doctors (“litigation doctors”) provide the vast majority of the thousands and tens of thousands of medical reports prepared for that litigation.

By my count, approximately 1,500,000 potential litigants have been screened in the asbestos, silica, fen-phen (diet drugs), silicone breast implant, and welding fume litigations. Litigation doctors found that approximately 1,000,000 of those screened had the requisite condition that could qualify for compensation, such as asbestosis, silicosis, moderate mitral or mild aortic value regurgitation or a neurological disorder. I further estimate that lawyers have spent at least $500 million and as much as $1 billion to conduct these litigation screenings, paying litigation doctors and screening companies well in excess of $250 million, and obtaining contingency fees well in excess of $13 billion.

On the basis of the evidence I review in this article, I conclude that approximately 900,000 of the 1,000,000 claims generated were based on “diagnoses” of the type that U.S. District Court Judge Janis Jack, in the silica MDL, found were “manufactured for money.”

Despite the considerable evidence I review that most of the “medical” evidence produced by litigation screenings is at least specious, I find that there is no effective mechanism in the civil justice system for reliably detecting or deterring this claim generation process. Indeed, I demonstrate how the civil justice system erects significant impediments to even exposing the specious claim generation methods used in litigation screenings. Furthermore, I present evidence that bankruptcy courts adjudicating asbestos related bankruptcies have effectively legitimized the use of these litigation screenings. I also present evidence that the criminal justice system has conferred immunity on the litigation doctors and the lawyers that hire them, granting them a special dispensation to advance specious claims.

Finally, I discuss various strategies that need to be adopted to counter this assault on the integrity of the civil justice system.

Bizarro-Overlawyered hasn’t quite gotten the hang of how to put forward their propaganda campaign to deprive consumers of the choice of arbitrating disputes.

A New Orleans woman, Patricia Dicorte, says she got ripped off by her contractor in May 2007, so she took him to an arbitrator, and in July 2007—a fraction of the time it would take in a civil suit of that magnitude—she had an arbitration ruling in her favor for $219 thousand. Unfortunately for her, she then took it to the cesspool of Orleans Parish Courts for enforcement, and Democratic Judge Yada Magee—a colleague of the cousin of the contractor—violated the Federal Arbitration Act and threw out the arbitrator’s ruling. (Dennis Woltering, “Despite arbitrator’s ruling woman still fighting contractor”, WWL-TV, Feb. 25). This will eventually be reinstated on appeal at some unnecessary expense, but somehow Kia Franklin is advertising this fiasco as an example of problems with arbitration (!), rather than as a problem with the judicial hellhole of New Orleans. (If the judge isn’t willing to give a fair ruling for the consumer in something as straightforward and administrative as arbitration judgment enforcement, what makes Franklin think that the consumer would have had a better chance with that judge in a civil trial?)