Because the twenty-year-old Stella Liebeck case is getting another round of attention on some blogs — Susan Saladoff’s short film Hot Coffee having served quite successfully to keep the trial lawyers’ side of the controversy in circulation — it’s worth a closer look at the latest in Jim Dedman’s (Abnormal Use) writings deflating the case’s mythos [Defense Research Institute DRI Today, previously briefly noted in a roundup a couple of weeks ago]. Excerpt:

The central issue was whether hot coffee, which by its very nature is hot, is an unreasonably dangerous and defective product because of its temperature. More specifically, the case concerned whether coffee served at 180-190 degrees is so hot that it makes the coffee itself unreasonably dangerous and defective. Shortly after the trial, The Wall Street Journal reported that McDonalds’ internal manuals at the time–produced in the litigation— indicated that “its coffee must be brewed at 195 to 205 degrees and held at 180 to 190 degrees for optimal taste.” … Contemporary media reports suggested that the coffee was approximately 165 to 170 degrees at the time of the spill, indicating that it had cooled somewhat between the time it was served and the time it had spilled….

Interestingly, today, on its website, the National Coffee Association advises that “[y]our brewer should maintain a water temperature between 195–205 degrees Fahrenheit for optimal extraction” and that “[i]f it will be a few minutes before it will be served, the temperature should be maintained at 180–185 degrees Fahrenheit.” Even in 1994, the National Coffee Association confirmed that McDonalds’ serving temperatures were within industry guidelines (and many restaurateurs have found that their customers complain if they lower the temperature of their coffee).

Failure to warn was also one of the theories in the case:

Curiously, the warnings issue receives little attention these days. Although Liebeck alleged that “the container that it was sold in had no warnings, or had a lack of warnings,” the very cup at issue is prominently displayed—with its “Plaintiff’s Exhibit 44” sticker still affixed—on both the website and the promotional poster of the Hot Coffee film. However, in the very same pictures, it is clear that the cup advises in orange text: “Caution: Contents Hot.”

Earlier coverage here, etc., etc., as well as by Nick Farr at Abnormal Use and Ted Frank at Point of Law. (Yet more: index of Abnormal Use posts).

P.S. It might be added that those “everything you know about the Stella Liebeck case is wrong” internet memes are very often wrong themselves. In particular:

* The story got onto national wires via the AP and immediately set off widespread public discussion on the strength of its own inherent interest, with no evident push from any interest group. When an organized public relations effort did emerge in early weeks of discussion, it was from the plaintiff’s side, which held a press conference in Washington seeking (successfully) to establish and solidify themes in Liebeck’s favor, such as that there had been many earlier consumer complaints about McDonald’s coffee temperature.

* The most gripping supposed “myths of the Liebeck case” were not in fact widely asserted or circulated either at that time or since. Very few commentators erroneously asserted that Liebeck had been driving or that her car was moving, or (even worse) mistakenly claimed that her injuries were somehow minor. Only by treating stray outliers as somehow representative of public discussion can revisionists portray the public’s grasp of the case as grossly ill-informed. It was then and is now plausible for both laypersons and experienced lawyers to fully and accurately grasp the facts of the Liebeck case and, based on that understanding, sharply disagree with the New Mexico jury’s verdict in her favor. That’s one reason most American juries both before and since 1994, asked to decide hot-beverage lawsuits based on similar fact patterns and claims, have decided for the defense even where serious injuries might engage sympathy for a plaintiff’s situation.

* Meanwhile, some truly extraordinary myths and misconceptions — such as that McDonald’s somehow mysteriously “superheated” its brewing water to temperatures unknown in home teakettle use — have widely circulated on the internet in years since, advanced by lawyers and even professors who have every reason to know better. Peculiar assertions of this sort seldom get attention in the oft-seen “myths of the Liebeck case” internet genre. 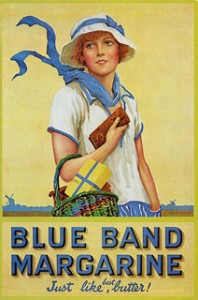 Having been at times lacking in enthusiasm for the work of journalist Stephanie Mencimer, it’s only fair we credit her again with considerable courage for returning to the failed Jamie Leigh Jones case in a new article in Washington Monthly. (Jones alleged a brutal rape in Iraq for which her lawyers said employer Halliburton/Kellogg Brown & Root (KBR) should have been held responsible; the case served as a springboard for numerous misleading attacks on pre-dispute arbitration). Following the evidence wherever it leads against the likely inclinations of many Washington Monthly readers, Mencimer leaves Jones’ credibility in tatters and the various liberal and trial-lawyer sources that ballyhooed her case — including Sen. Al Franken (D-Minn.) and TV talker Rachel Maddow — looking highly gullible, to go with the kindest interpretation.

Most damning of all, as readers of posts in this space (especially those by Ted Frank) will recall, Jones was given center stage in Susan Saladoff’s film “Hot Coffee,” which periodically airs on HBO and on college campuses and has established itself as one of the litigation industry’s most durable and successful propaganda vehicles. All future discussion of “Hot Coffee” — and certainly any cable/broadcast airings or public screenings whose sponsors care about accuracy and fairness — will need to warn audiences that the Jones case can now be seen in retrospect as almost unrecognizably different from the picture of it presented in that trial-lawyer-produced “documentary.” If this is what becomes of one of Saladoff’s central cases, how reliable ought we to consider the rest of her film?

Great review by Miami Herald TV critic Glenn Garvin casting a skeptical eye on the trial-lawyer film project (“done in by its essential dishonesty… like any good lawyer — and unlike any good documentarian — [director Susan Saladoff is] intent on concealing the weakness in her case).” Read it here. Meanwhile, from the “How does this sort of thing get past the editors of the Washington Post?” files, there’s this from Hank Stuever:

Stuever does not, for some reason, name any proponent of reform who has actually asserted either of the propositions. Do you think that might be because he’s trafficking in absurd caricatures? (earlier on “Hot Coffee” here, here, here, etc.)

P.S. More: Cory Andrews, WLF. And if lawyers are really eager to have the facts of the Liebeck v. McDonald’s case come out, it’s curious they don’t take steps to release the trial transcript, in the absence of which critics of the case are obliged to speculate on key points. And as I just wrote in a comment at Abnormal Use:

I believe organized tort reform groups were caught flat-footed by the McDonald’s case and didn’t get around to doing much with it until it had already become the talk of the nation through talk shows, late night TV and so forth. As often happens, plaintiff’s-side advocacy groups were more aggressive in seeking coverage for their side in the media. Thus Public Citizen and allies gave a press conference on Capitol Hill and were rewarded with a big Newsweek story summarizing their talking points (as well as, earlier, coverage in the news-side WSJ). I’m pretty sure no groups critical of the Liebeck award ever did a comparable press push; and the McDonald’s company itself, so far as I know, never chose to cooperate with commentators who might be sympathetic to its legal case.

At Abnormal Use, Nick Farr brings some scrutiny to what’s looking like the big trial-bar media venture of the season.

P.S. And a follow-up that really stands on its own as a resource: “The Stella Liebeck McDonald’s Hot Coffee Case FAQ“

As a connoisseur of hot-coffee cases, I’m always excited to see a court get one right. The Abnormal Use blog points us to Colbert v. Sonic Restaurants, No. 09-1423, 2010 WL 3769131 (W.D. La. Sept. 21, 2010). The plaintiff made the usual gamut of “design defect” and “failure to warn” claims, but the court wasn’t buying it. Note that the plaintiff claimed to be injured by the coffee at Sonic Restaurants, yet another refutation of the trial-lawyer claim that Stella Liebeck’s McDonald’s coffee was unusually hot.