From the U.K. — and a Conservative government, at that. “Pizzas must shrink or lose their toppings under Government plans to cap the calories in thousands of meals sold in restaurants and supermarkets. Pies, ready meals and sandwiches will also be subject to the new proposed calorie limits…. Under the draft proposals, a standard pizza for one should contain no more than 928 calories – far less than many sold by takeaways, restaurants and shops.” For the moment the restrictions would not be mandatory, but in a parallel initiative concerning sweet foods failures to meet the targets “have prompted warnings from ministers that tougher steps may be taken.”

The best place to fight coercive paternalism is on principle, before it gets this far. [Laura Donnelly, Telegraph (U.K.)] 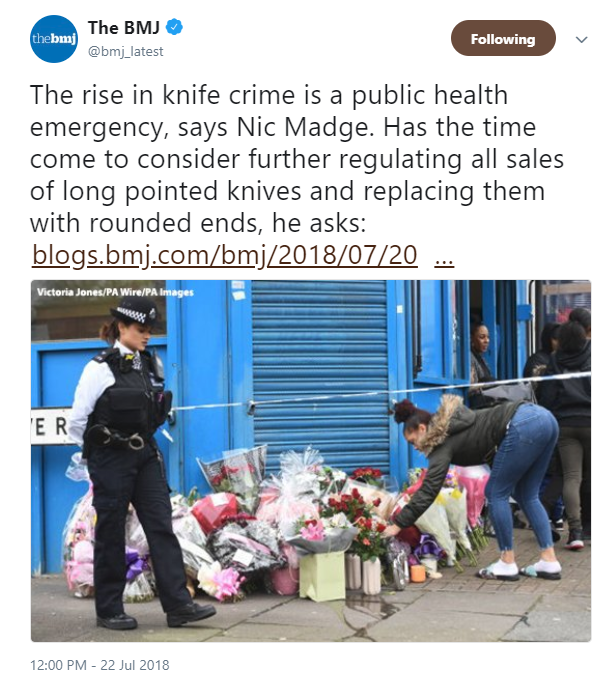 If you figured the British Medical Journal would take the side of individual liberty against the nanny state, you might soon be fated to miss the point.

“For roughly 200 years, trial transcripts were popular, if not the favorite, reading material in the English-speaking world — especially in Britain.” Theodore Dalrymple recounts high points from “the 83 volumes of Notable British Trials, which are as complete a compendium of human nature as has ever appeared.” [City Journal]

In what is believed to be the highest such award in the United Kingdom, MS Globenet Ltd. has been ordered to pay £70,000 [US $93,000] after being “found to be involved in 20 cases related to a major fraud ring, operating primarily in north London between 2012 and 2014.” An insurance company brought suit for “tort of deceit” and a judge found that the alleged accidents were fraudulent and that a director of the accident services firm “had been knowingly complicit in the fraud.” [Neil Rose, Litigation Futures; Insurance Times]

Protected geographical designation laws, which prevent the sale in some countries of articles like Champagne or Gouda cheese unless produced in the indicated locality, are sometimes defended as advancing consumers’ interest in fraud prevention or accuracy in labeling; it is also suspected that they can serve to curtail competition and protect incumbents even when no genuinely distinctive local contributions are at issue of soil, technique, etc. In 2000, Newcastle Breweries and Newcastle-upon-Tyne, England, obtained a designation on Newcastle Brown Ale, a popular product dating back to 1927, to prevent it from being sold unless manufactured in the city. That didn’t work out so well when the brewery moved to nearby Gateshead four years later. Dan Lewis, Now I Know:

EU regulators took notice and weren’t as forgiving as the brewers would have hoped. The owners of the Newcastle Brown Ale brand had two obvious choices: move back across the Tyne or change the name of the product. Neither was a good option, so the brewery decided to do something new: they applied to have the registration canceled. And as seen in this pdf, they were successful. In August 2007, the EU revoked Newcastle Brown Ale’s PGI status, allowing it to be made across the river — or anywhere else.

Today, Newcastle Brown Ale is made in neither Newcastle nor Gateshead. Heineken, which bought the Newcastle’s brewers in 2008, has since relocated operations to Amsterdam.

British law gives more of a share in decision-making about children’s lives to the state, and less to the parents, than is typical in American law. I like American law better. [Damian Thompson, The Spectator]

A reader recommends this piece by barrister Matthew Scott in Quillette defending the British authorities’ actions. While it fills in much useful detail, I’m not at all persuaded on the central issue of whether it was proper for British law in 1989 to oust parental rights from areas in which they had been long respected, all in the name of the best interests of the child as discerned by courts, experts, and the state. In my first book, The Litigation Explosion, I argued against the specious attractions of a best-interest-of-the-child standard in the child custody modification context, pointing out that to upset an existing decree of custody it should be needful to allege something stronger than that the child would be marginally better off with a switch, or that the case for a switch was supported by marginally better expert avowals than the case for leaving custody where it was. Instead, presumptions of stability and family integrity should be respected, to be overcome only by a strong showing of likely substantial harm from not switching. Likewise, the presumption that parents are the ones to direct their infant children’s medical care should be a strong one, rebuttable to be sure in some cases of wretched or misguided parental errancy, but not simply by rhetorical flourishes, even when embodied in law, about how the best interests of the child must conquer all and we determine what those are.

For examples of the narrower scope of parental rights in the United Kingdom and its subdivisions, see this 2015 story (parents warned they may be reported for neglect if they allow under-18s to play adult-themed videogames such as Call of Duty and Grand Theft Auto); this from 2009 (seven children seized from obese couple in Scotland; but note American trends too); and the Scottish Named Persons scheme. More on expertise and best-interests-of-the-child standards: Megan McArdle, Jim Geraghty.